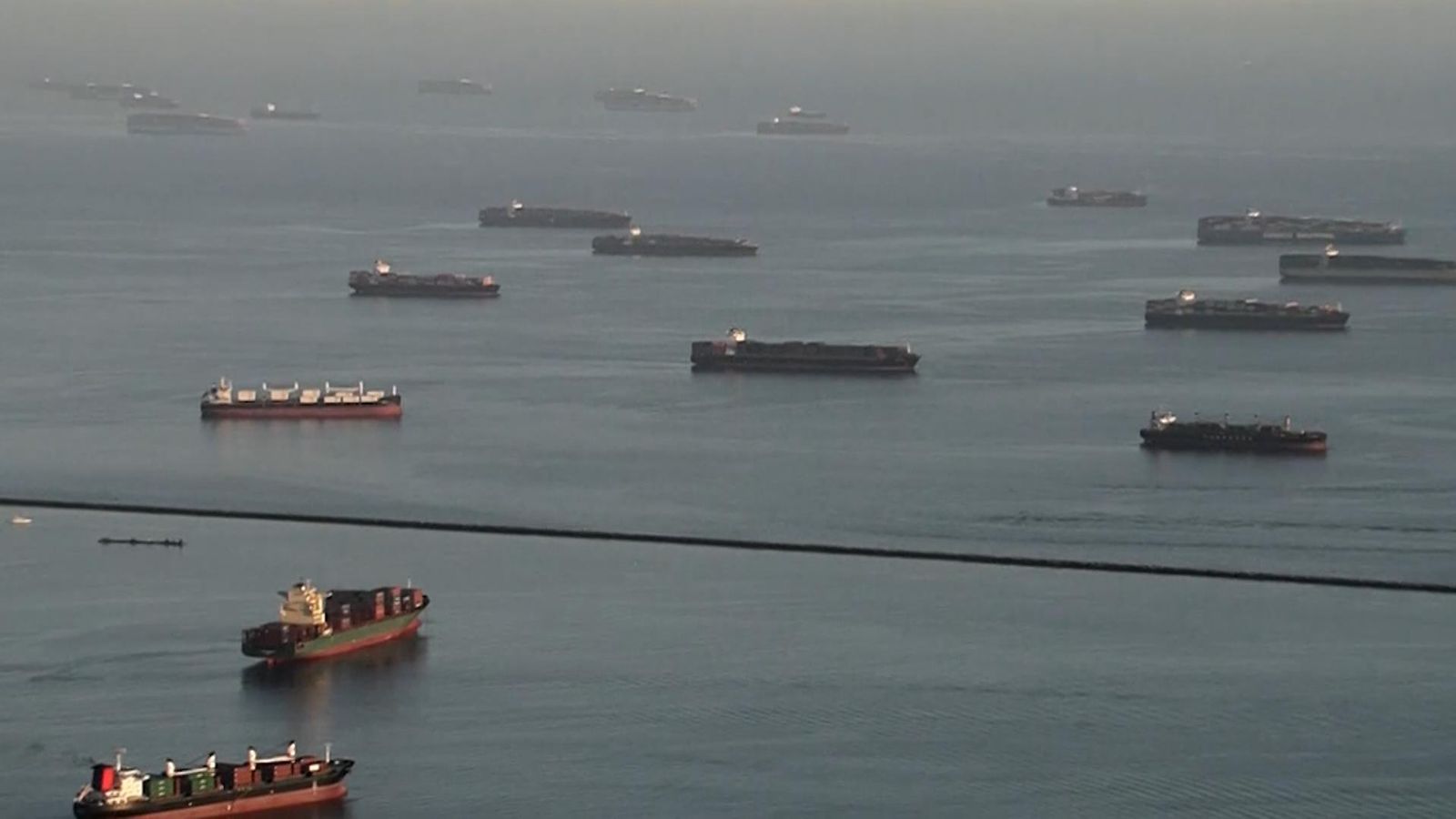 The backlog of cargo ships at the busiest port complex in the US – images of which have come to define the global supply chain crisis – is unlikely to return to normal before next summer.

The executive director of the Port of Long Beach in California says plans to switch to 24/7 operations, pushed by President Joe Biden this week, will improve the crisis in the short term but that logistics globally need a rethink.

Long Beach and the neighbouring port of Los Angeles are the two busiest in the US – and for weeks now, container ships, often as many as 70 at a time, have been forced to wait at anchor offshore for a berth.

The post-pandemic surge of trade combined with labour shortages has created bottlenecks at key logistics hubs around the world and raised concerns about more product shortages.

“What’s important is that we cannot be in this situation next time there’s an unforeseeable event.”

Not surprisingly, many of the issues facing the supply chain industry in the US are the same as those being seen in the UK and Europe. There is a shortage of truck drivers and delays caused by the logjam are costly.

At a truck stop close to the Port of Long Beach, one trucker said: “Sometimes some drivers get mad, I understand that because I am one of them. We try to do our job the best we can but we’re wasting too much time inside, like five or six hours waiting for one load.”

That is double the time they would usually wait, he said, and can make the difference between drivers making one load or multiple loads in a day.

With the holiday season approaching, business and customers are becoming nervous at the possibility of shortages for Christmas.

“Ordering early and ordering deep because you don’t know if some items are not going to come in, so you’re just ordering heavy on some things and just hoping something comes in.”

The phone calls have not stopped from those hunting elusive toys. “It is floating on a ship somewhere,” she told one caller. “The tooth fairy will have to leave an IOU.”

Some large US retailers have considered chartering their own container ships which could dock and unload at smaller ports. Guaranteeing their supplies would come at a cost though and that is likely to be passed on to their customers.

This week, Mr Biden touted 24/7 operations at major ports as a first step to dealing with the crisis. But he added: “We need the rest of the private sector chain to step up as well.”