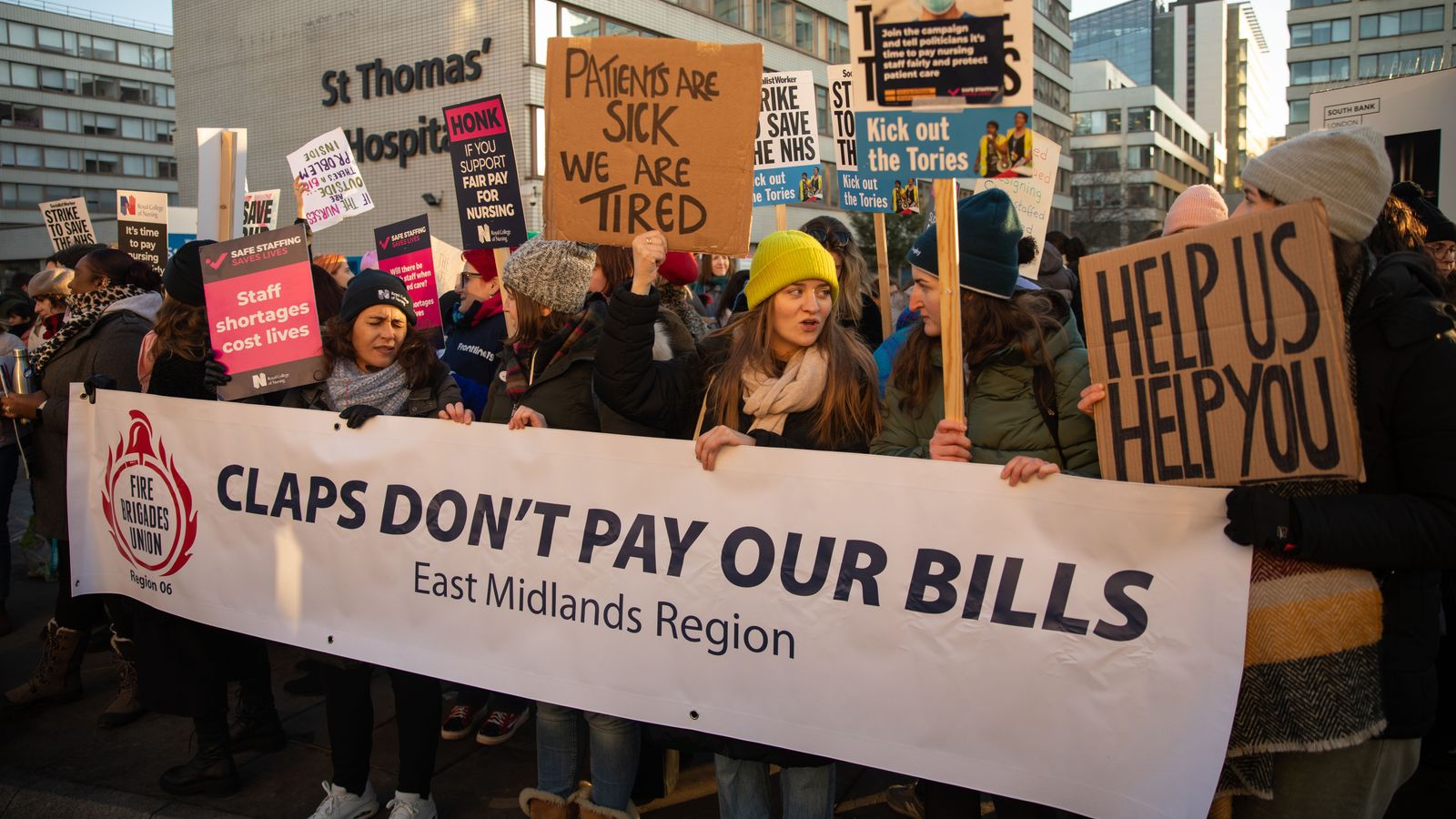 The former justice secretary told Sky News there is “a big gulf” between the NHS pay review body’s (PRB) July recommendation of around 4% pay increases for nurses – which the government has offered – and the 19% being called for by the Royal College of Nursing today.

Noting the recent soaring inflation rates, Mr Buckland argued that “a lot has happened” since the independent pay review body made its recommendation and that ministers should look for “a way through” the impasse to end the strikes which have seen the cancellation of thousands of appointments and operations across England, Wales and Northern Ireland.

“Having experience myself of working with pay review bodies, they have to work on the evidence that they have at the time,” Mr Buckland said.

“But a lot has happened since February this year, the reality of life is very different in terms of the spike in inflation that we have seen that is causing real pressure on households.

“And therefore, as we enter 2023, it is entirely understandable that what might have seemed like an adequate settlement the thick end of a year ago no longer looks like that.

“Nineteen percent does seem to me to be unaffordable, but I do hope that a way can be found to chart a middle course to reflect the realities of the pressures of life that exist on our hard-working nurses and that there might be some movement to end these strikes which of course only exacerbate the COVID backlogs which we all want to deal with.”

Asked whether the government should up its offer, Mr Buckland replied: “Well, I think that it is always good to talk.

“I think that we should respect the independent role of the review body – and government is right to use those mechanisms as we do in many other parts of the public sector.

“But, at the same time, we are facing an immediate challenge here. It is not great, it is not a wonderful sight to see people striking.

“I know that it takes a lot for our nurses to do that. And therefore, I think that in light of the changes that have happened in February, it does make sense for me for there to be a concerted attempt made to try and broker a solution that can end these strikes, whilst at the same time, respecting the fact that perhaps the request the RCN are making is an unrealistic one.” 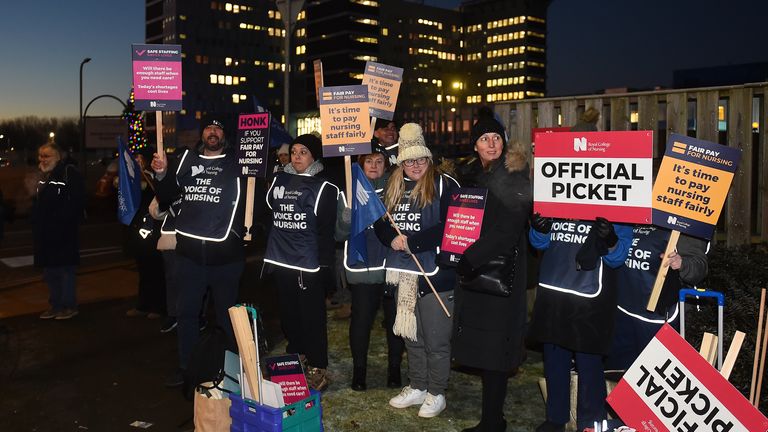 He added that “charting a middle way, finding a solution to this problem” would be “a reasonable course of action”.

“I said yesterday that the government does need to find an exit strategy for this and that probably means referring it back to the pay review body,” he told Sky News.

Read More:
‘We are exhausted and deflated’ – nurses’ stories from picket lines across the country

“Given that we are mid-year on what the pay review body has already recommended, this can probably be looking with a promise to next year’s settlement, and in return, the strikes would be called off.

“Because frankly, if this goes on into next year, then the implications on people’s health and on the waiting lists are going to be even more acute and a lot of the workload pressures that nurses say is one of the reasons why they are out on strike are just going to get worse.” 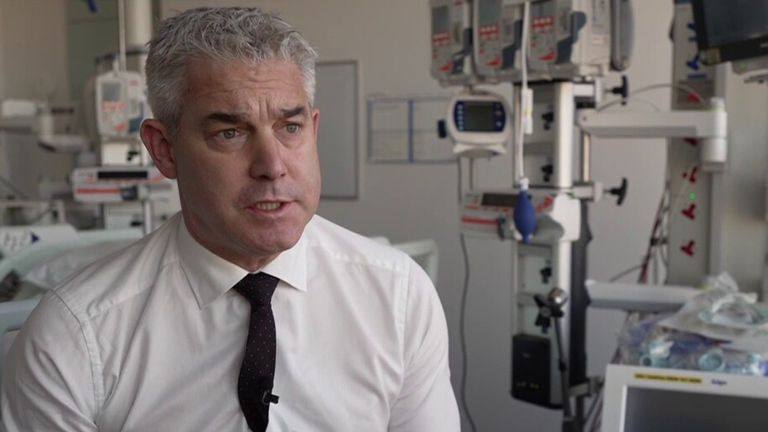 The prime minister’s official spokesman said earlier this week that there were “certainly no plans to tell the independent body what to do”.

Unions have warned they will continue to strike in 2023 if a better pay deal is not put on the table, as questions are raised about the “independence” of the PRB.

Steve Barclay, the health secretary, appeared to rule out any movement during a visit to London’s Chelsea and Westminster Hospital on Thursday.

Mr Barclay has repeatedly said the government is sticking to the recommendations of the PRB, which said nurses should get a pay rise of about £1,400.