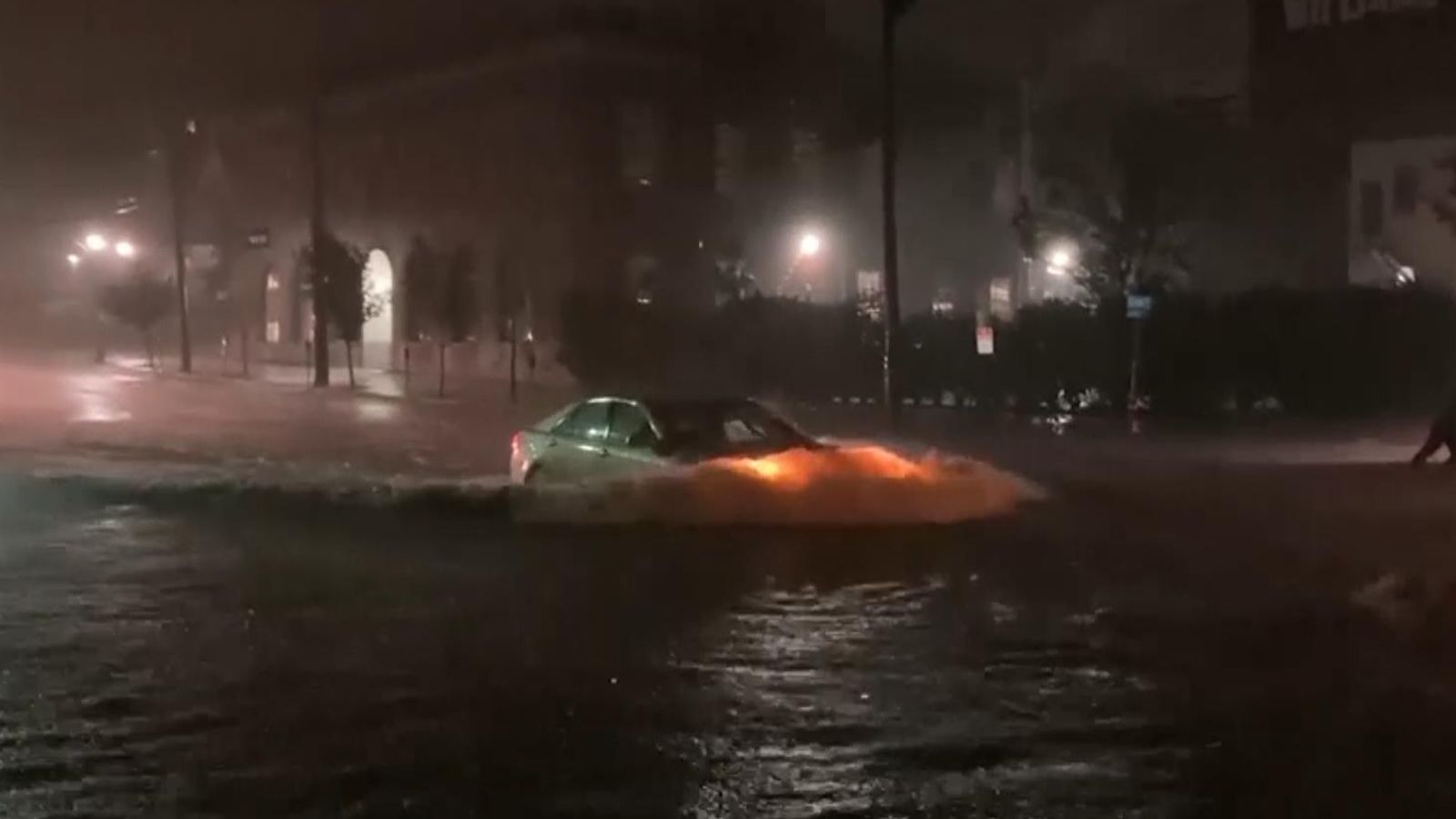 A state of emergency has been declared in New York City as the remnants of Hurricane Ida sweep through the region.

A state of emergency was also declared by New Jersey governor Phil Murphy.

At least one person has drowned, with the city and parts of New Jersey and Connecticut under a flash flood warning.

The National Weather Service’s New York City Twitter account said: “This emergency was issued due to the ongoing life threatening flash flooding. The heaviest rain has pushed east of the Flash Flood Emergency area, with more moderate rainfall the next few hours.”

Flights in and out of Newark airport have been cancelled, and there was widespread disruption on railways.

Please stay off the streets tonight and let our first responders and emergency services get their work done.

“We’re enduring an historic weather event tonight with record breaking rain across the city, brutal flooding and dangerous conditions on our roads.

“Please stay off the streets tonight and let our first responders and emergency services get their work done.

At least on tornado hit New Jersey, with posts on social media showing houses reduced to rubble by strong wind.

When Ida made landfall in Louisiana as a Hurricane at the weekend, it left the city of New Orleans without electricity and caused huge amounts of damage.