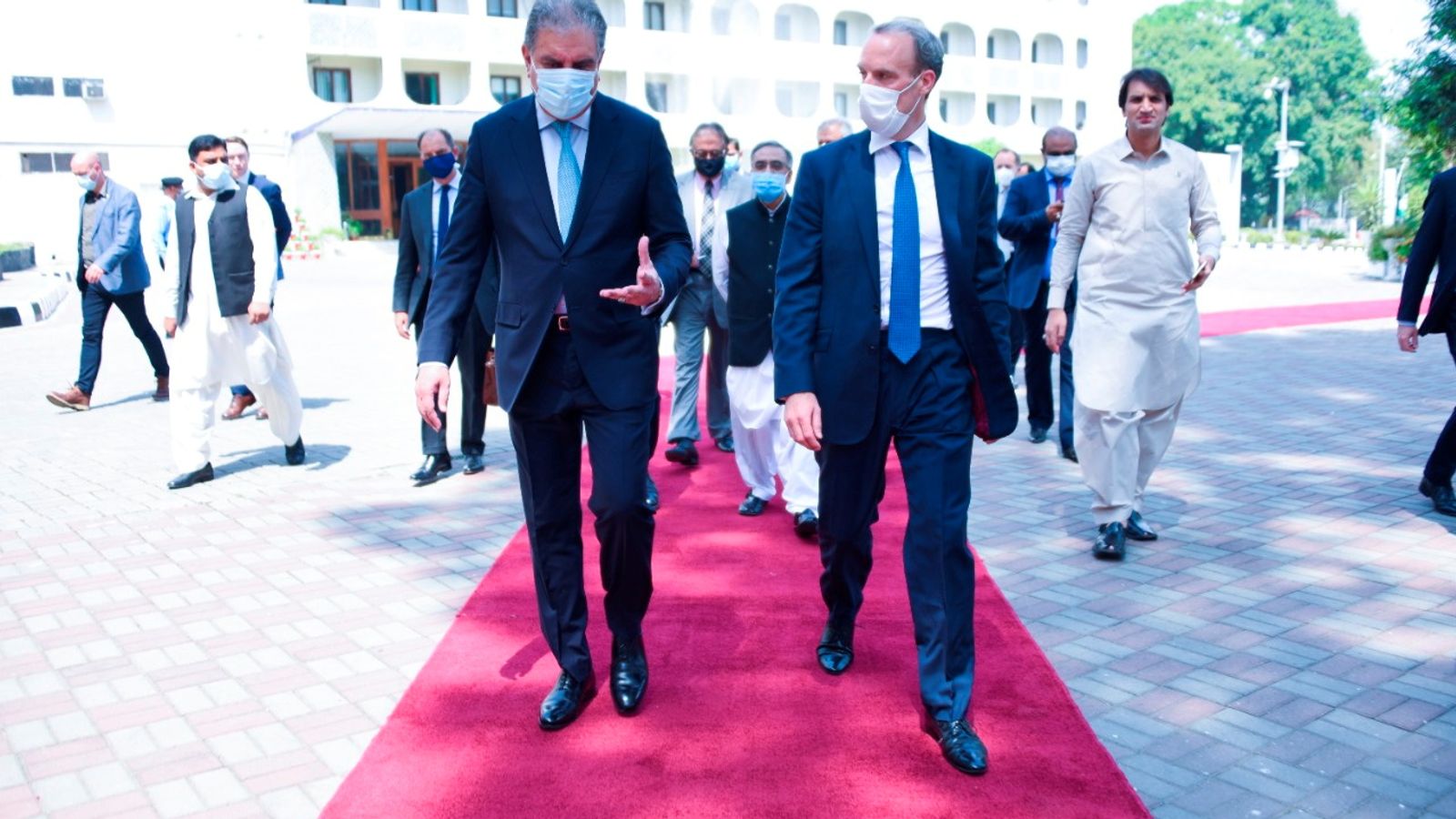 Foreign Secretary Dominic Raab has highlighted the importance of engaging with the Taliban as he acknowledged the need “to face up to the new reality in Afghanistan”.

While not recognising the militant group as the government in Kabul, the cabinet minister pointed to the necessity of having “a direct line of communication” to discuss a range of pressing issues, including the safe passage of remaining British citizens and Afghan allies.

Speaking during a visit to Pakistan, Mr Raab said it would not have been possible to evacuate some 15,000 people without some degree of cooperation with the Taliban, who seized power after the withdrawal of US forces, ending a 20-year military intervention. 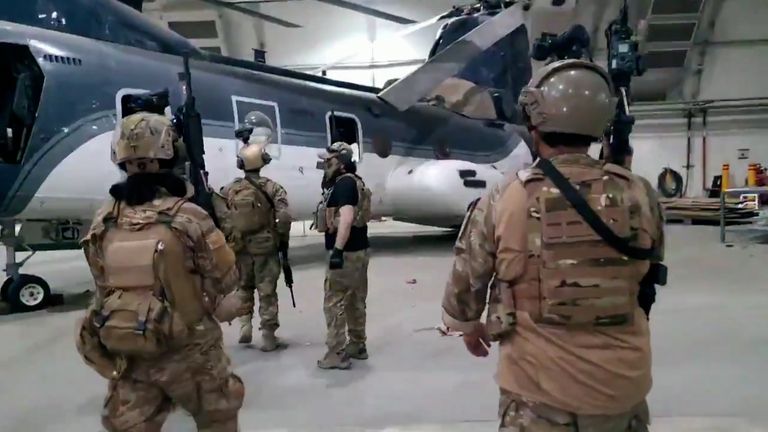 What weapons were left behind in Afghanistan?

He told a news conference: “We need to face up to the new reality in Afghanistan.”

Pointing to the appointment of a new chargé d’affaires for Afghanistan based in Doha, Qatar, the foreign secretary said: “The approach that we are taking is we don’t recognise the Taliban as a government… but we do see the importance of being able to engage and have a direct line of communication.

“The reason being is clearly there are a whole range of issues that need to be discussed, including first and foremost at the moment the question of safe passage of British nationals and the Afghans who worked for the UK government.

He added: “The Taliban has made a series of undertakings. Some of them are positive at the level of words, but we need to test them and see that they translate into deeds. We cannot do that unless we have at least some channel of dialogue.”

Mr Raab said the Taliban need to create a “safe and secure environment” to allow aid to reach people in Afghanistan. 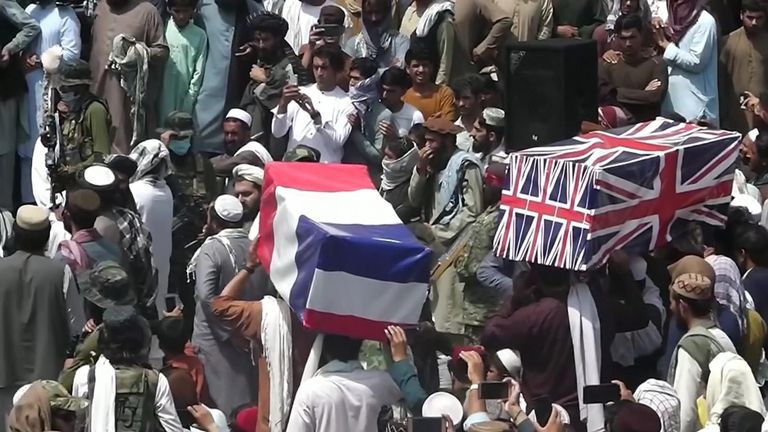 He said: “No-one wants to see the economic and social fabric of Afghanistan collapse, I can’t see how that would be in the interest of the Taliban let alone ordinary Afghans, we certainly don’t want to see that happen

“We would be willing not to fund aid via the Taliban, but through the humanitarian organisations that operate inside Afghanistan – for that to happen there needs to be a safe and secure environment, so that’s an early test for the Taliban.

“But we’re willing to make sure we do our bit, along with the national community to fund the humanitarian agencies, the lifeline for ordinary Afghans, but there needs to be a safe environment for that.

“We’ll also support those regional partners, particularly like Pakistan who I can imagine is very concerned about the risk of numbers coming across the border, we want to make sure we can support those partners in the region [to] deal with that.

“That’s the holistic approach, the strategic approach we are taking.”

UK thought Kabul would not fall in 2021

Mr Raab, who has faced criticism over his handling of the Afghanistan crisis, also insisted there was “common widespread surprise”, even among the Taliban, at the speed in which they had taken over Afghanistan.

He said: “The takeover I think it’s fair to say was faster than anyone anticipated, not just the United Kingdom or NATO allies, but I was talking with our friends here.

“And I suspect the Taliban and ordinary Afghans were taken by surprise.

“I think there was a common widespread surprise at the speed with which the consolidation of power happened.”

Mr Raab’s comments came as the Commons Foreign Affairs Committee launched an inquiry into the chaotic retreat from Afghanistan. 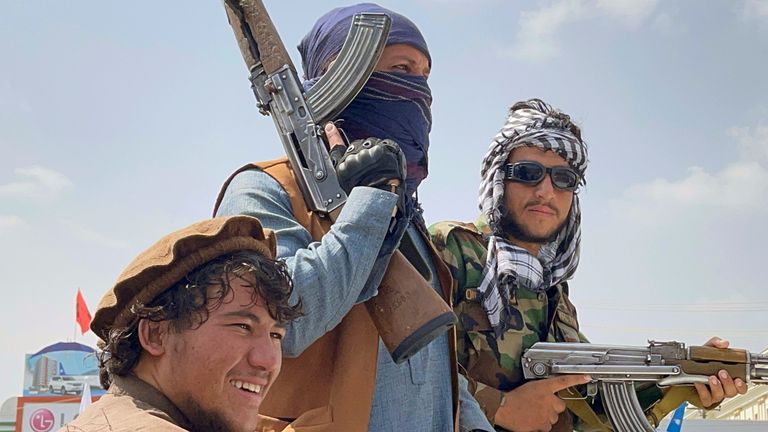 Committee chairman Tom Tugendhat said: “The fall of Kabul is a catastrophe for the Afghan people and for the reputation of those nations that were committed to its success.

“Our hasty withdrawal leaves a country in an acute humanitarian and human rights crisis.

“The Afghan people, who we worked alongside for many years, have been left at the mercy of the Taliban, a vicious fundamentalist group.”

He said that “big questions remain” and the inquiry aimed to provide “some much-needed clarity”.

“Lessons need to be learnt and the decisions the UK makes in the coming months will be crucial,” he added.