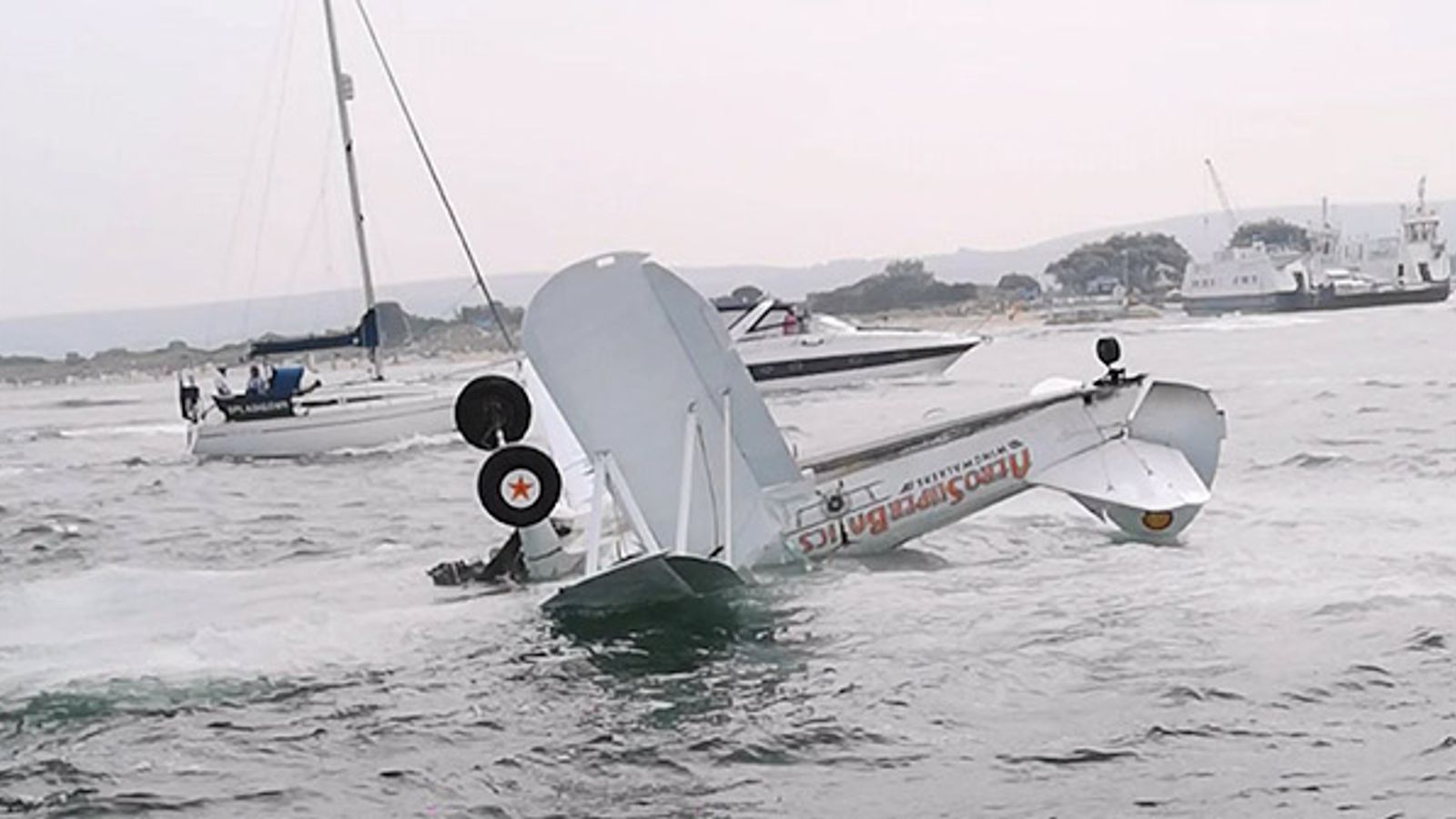 Flying at the Bournemouth Air Festival has been suspended after a light aircraft crashed into Poole Harbour.

Police said in a statement: “We received a report at 3.50pm on Saturday 4 September 2021 that a small aircraft had crashed into the water in the Sandbanks area of Poole Harbour.

“Emergency services are at the scene. The aircraft was part of the Bournemouth Air Festival flight schedule with two people reported to be onboard.

“Both occupants have been rescued and are reported to have sustained minor injuries. They are receiving treatment by the ambulance service.

“An investigation is under way and we would please ask members of the public to avoid the area and harbour to allow emergency services to deal with the incident. A police cordon is currently in place.”

There was also a fire as a result of the crash, the fire service added.

Reports locally suggest the aircraft involved was a wing-walking biplane.

Flying at the event has been suspended, however the rest of the festival site remains open.

(2/2) The festival site remains open and all ground-based activities continue with the Birds of Prey, Beat Retreat, trading, Sing-a-long Grease and the fireworks.

Bournemouth Air Festival said: “Following the incident earlier today, the site of the crash has been secured and will remain so overnight. Members of the public are requested to avoid the area. The aircraft will be recovered in due course, subject to tides and harbour traffic.

“We would like to thank the RNLI, Coastguard, South West Ambulance, Dorset Police, Poole Harbour Commissioners and all those who took part in the rescue of the two people aboard the aircraft.

“It is a huge relief for all those involved in the Air Festival that the incident has resulted in the display crew being removed from the water safe and well.

“We would also like to thank members of the public for bearing with us all and continuing to make the most of the fabulous ground programme that continued at the Air Festival this afternoon and into the evening.

“We expect a good programme of flying to take place tomorrow”.

Two RNLI lifeboats were sent to the scene, along with the coastguard helicopter and rescues teams..

Natasha Manle, the manager of the hotel the plane came down in front of told the Dorset Echo: “Honestly, it was a miracle no one was hurt.

“The plane came down just outside our terrace, on the water among loads of boats. But none of them were hit.

“A dinghy went out to the plane and got the people out… Everyone is OK, it was mad.”

The incident comes 10 years after a fatality at the event, which killed Red Arrows pilot Flt Lt Jon Egging, when his plane crashed into the sea.