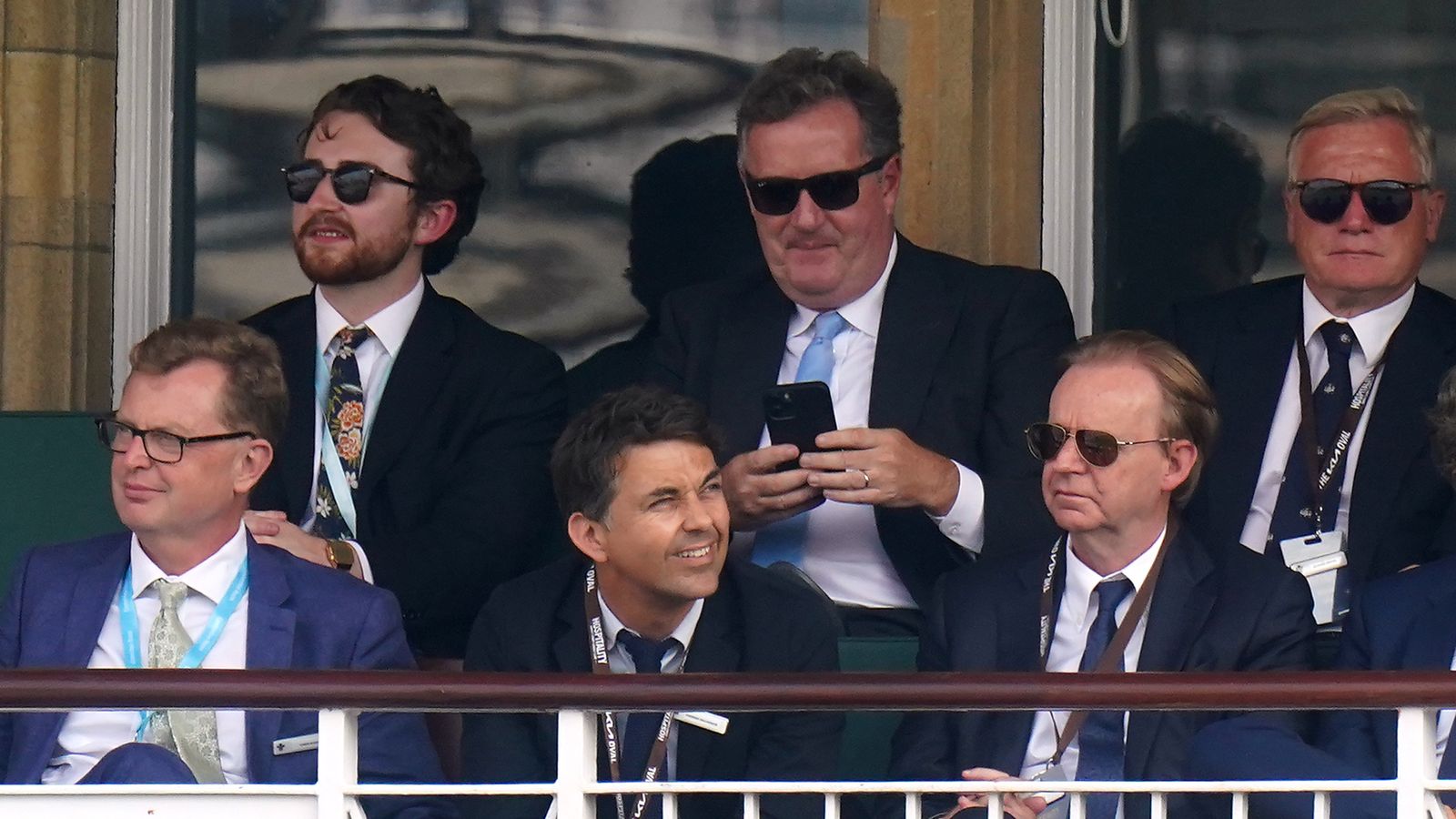 Piers Morgan has been pictured with a senior ITV executive – days after Ofcom ruled that his controversial comments about the Duchess of Sussex did not break broadcasting rules.

The presenter, who stormed off Good Morning Britain and later left the show, was seen alongside the channel’s director of television Kevin Lygo in a box at The Oval cricket ground yesterday.

It was previously understood that Morgan would not be invited back to host GMB, but would work on other projects with the broadcaster. 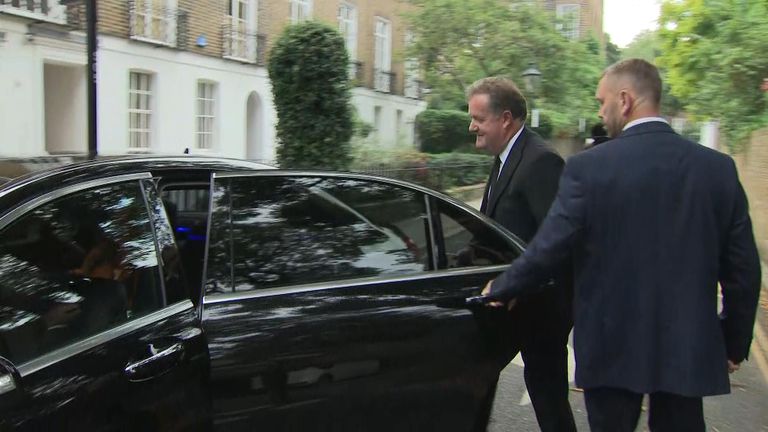 But the morning show has been relying on a rotation of guest presenters since his departure, and the photograph may feed speculation that Morgan is set to return.

In March, Ofcom received more than 50,000 complaints – including from the Duchess of Sussex herself – in response to remarks he made about Meghan following her interview with Oprah Winfrey.

The duchess had claimed she was ignored when she raised concerns about her mental health and suicidal thoughts – and went on to allege that racist comments had been made before the birth of her son Archie.

While Ofcom ruled that Morgan’s remarks were “potentially harmful and highly offensive”, the regulator said GMB was not in breach of the broadcasting code because his comments were challenged by other hosts.

More on Duchess Of Sussex

When news of Ofcom’s decision first broke on Wednesday, Morgan tweeted: “Do I get my job back?”

He later announced he would be making a decision “quite soon” about where his next job will be, adding: “I have had loads of offers and they have accelerated in the last 10 hours, as you can imagine, and I will take my free-speech campaign around the world and all I require is to have an employer who believes in it as passionately as I do.”

Back in April, Mr Lygo told Deadline: “Piers is a special thing. You can’t replace somebody like him. There is nobody like Piers, for good or bad.”

Klarna investors asked to commit to funding as value slips to $10bn
Starz could turn into an ‘acquisition machine’ after Lionsgate spins it off
Police release bodycam footage after black man was shot by officers in Ohio and found with 60 gunshot wounds
SE Cupp on GOP hypocrisy: Sarah Sanders compares safety of children in womb to schools
Premier League takes gamble on betting company compromise