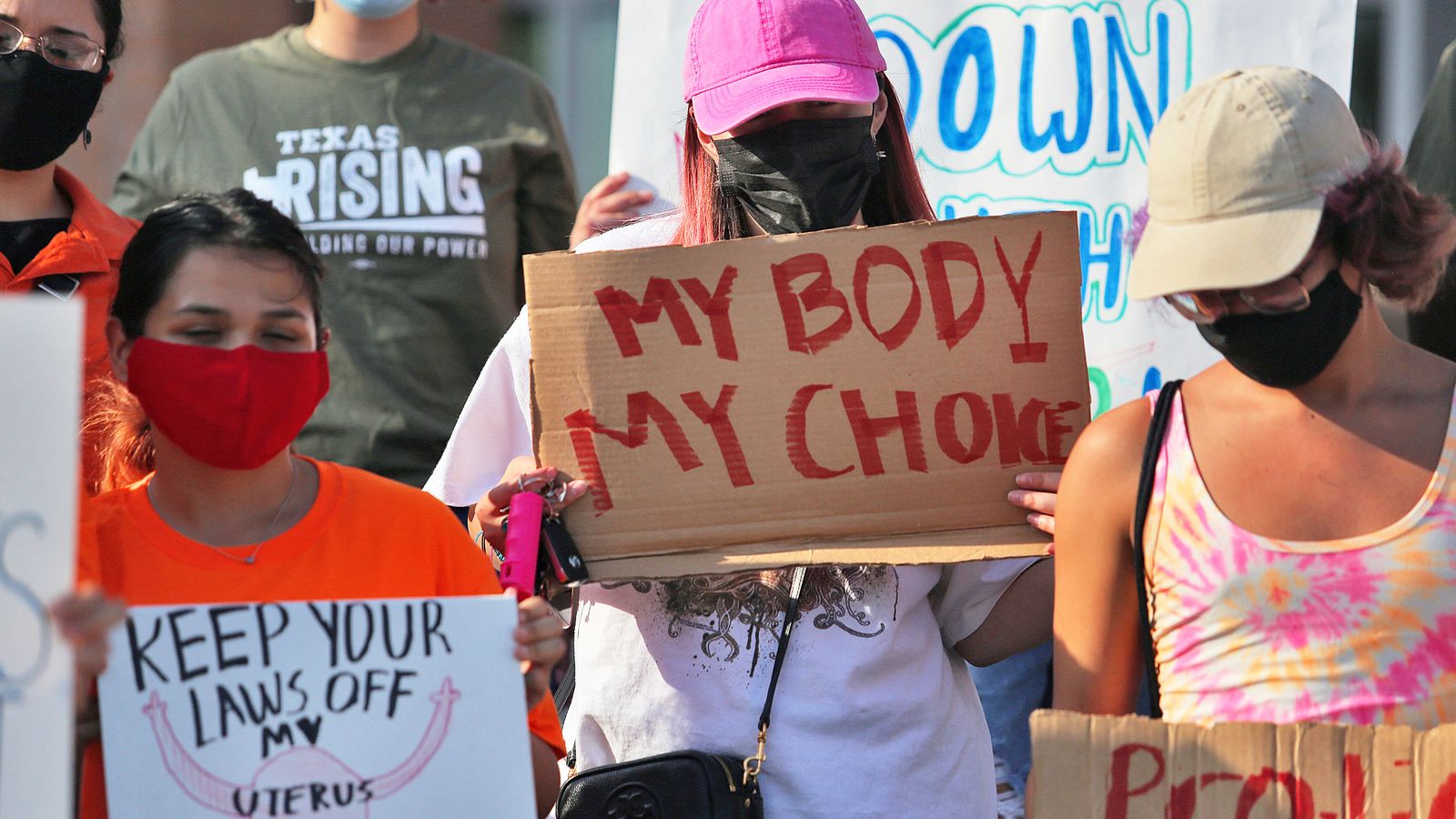 A Texas law banning most abortions has seen nearby states, such as New Mexico, prepare for an increase in women travelling for the procedure.

The law, which the US Supreme Court allowed to stand after it came into force on Wednesday, bans abortions once medical professionals can detect cardiac activity, which is typically around six weeks.

New Mexico is one of the states that has no gestation limits on abortion.

“This time, with the worst, most restrictive we’ve ever seen, we’re definitely preparing to serve a significant number of additional patients seeking refuge from the new Texas law.”

Fund Texas Choice, which helps women in Texas and other places with restrictive abortion laws end their pregnancies in other states, said it already has seen more women reaching out.

The organisation typically handles 10 new cases per week but received 10 calls from new clients just on Wednesday, when the law took effect.

An Oklahoma clinic had received more than double its number of typical inquiries, two-thirds of them from Texas.

Meanwhile, a Colorado clinic that already had started seeing more patients from other states, was preparing to ramp up supplies and staffing in anticipation of the law taking effect.

Even before a strict abortion ban took effect in Texas this week, clinics in neighbouring states were fielding growing numbers of calls from women desperate for options.

The number of Texans seeking abortions in Planned Parenthood clinics in the Rocky Mountain region, which covers Colorado, New Mexico, Wyoming and southern Nevada, was 12 times higher in March 2020.

This came after Governor Greg Abbott banned abortions for nearly a month under a COVID-19 executive order.
In Kansas, the number of Texans getting abortions jumped from 25 in 2019 to 289 last year.

The Trust Women clinic in Wichita accounted for 203 of those procedures in a three-month period, with spokesman Zack Gingrich-Gaylord saying: “Last year was a dress rehearsal.”

The clinic typically sees 40 to 50 abortion patients in a week and now is expecting an additional 15 to 20.

One woman from San Antonio discovered she was pregnant just as Abbott’s emergency order banning abortions was lifted, but she and her partner had lost their jobs during the pandemic.

“We didn’t know which way the world was going to go with everything shut down and no change in sight,” said Miranda, who spoke on the condition that only her first name be used. “The last thing I wanted to do was be pregnant.”

She struggled to find an abortion clinic and an online search led her to Fund Texas Choice and the Lilith Fund, which offered to pay for a flight to New Mexico.

“It’s so comforting because it’s like someone saying, ‘We got you. Let’s take care of this together,'” Miranda said, adding that she found an appointment at a clinic in Dallas, a five-hour drive away.

But, despite efforts to ramp up resources and support for Texan women, experts are warning that the journeys remain too expensive or arduous for many.

With the majority of abortion care in Texas shut down, the average one-way driving distance to a clinic will increase twentyfold, from 12 miles to 248 miles, according to Elizabeth Nash, a state policy analyst at the Guttmacher Institute.

Travelling may be impossible for women who would struggle to find child care or take time off work while those without legal US status along Texas’ southern border risk of getting stopped at a checkpoint if they cross state lines to seek an abortion.

Anna Rupani, co-director of Fund Texas Choice, also said: “There’s real panic about how are they going to get an abortion within six weeks.