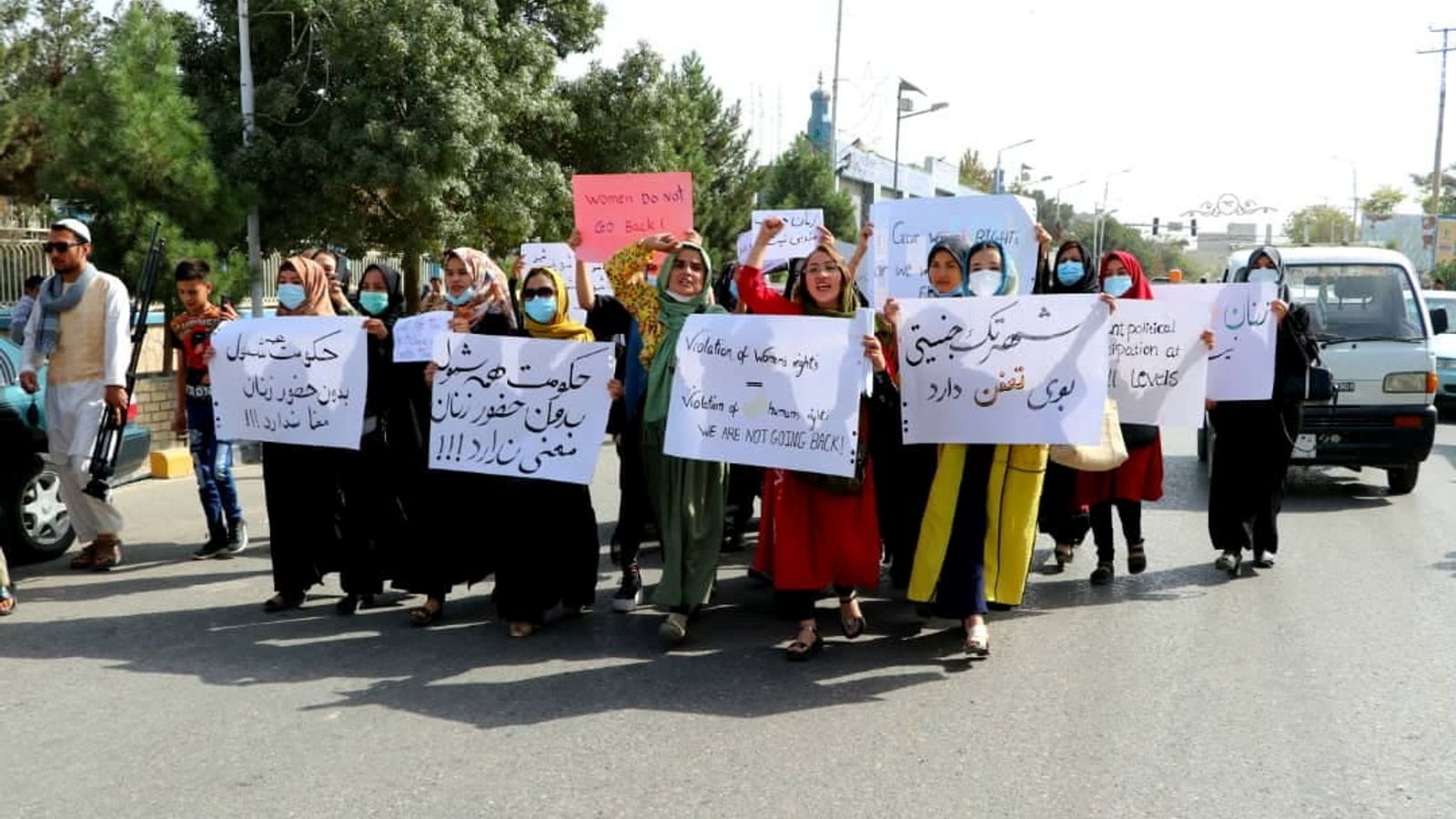 Taliban gunmen fired into the air to disperse anti-Pakistan protestors in the capital of Afghanistan.

Video clips on Tuesday showed people running as gunfire was heard. There were no immediate reports of injuries.

People are protesting against the Taliban and Pakistan’s alleged interference in Afghanistan’s affairs, with the Islamist group calling the neighbouring nation its “second home”.

Marchers shouted slogans such as “long live the resistance” and “death to Pakistan”.

A UN humanitarian warned basic services in Afghanistan were collapsing and food and other aid was starting to run out, following the Taliban takeover.

More than 18 million people are in need of aid, the International Federation of Red Cross and Red Crescent
Societies said on Tuesday.

At the same time, hundreds of medical facilities are at risk of closure because Western donors are barred from dealing with the Taliban, a World Health Organization (WHO) official said.

The WHO is scrambling to fill the gap with supplies, equipment and financing to 500 health centres, as well as liaising with Qatar for medical deliveries.

Meanwhile, US secretary of state Antony Blinken said there were about 100 American citizens, many of them dual nationals, still in Afghanistan.

He is in Qatar trying to find a way to evacuate those who remain and at-risk Afghans on charter flights.

Speaking at a news conference, Mr Blinken said Taliban officials had told the US they would let people with travel documents freely depart.

However, some seeking to leave do not have appropriate documents.

It comes as the group claimed control of Panjshir – the last province to fall to the Islamist militia.

Pictures on social media showed Taliban members standing in front of the gate of the Panjshir provincial governor’s compound after days of fighting with the National Resistance Front of Afghanistan (NRFA), commanded by Panjshiri leader Ahmad Massoud. Taliban spokesman Zabihullah Mujahid said: “Panjshir, which was the last hideout of the escapee enemy, is captured.”

However, the local resistance has not conceded defeat, saying the force – drawn from remnants of the regular Afghan army as well as local militia – are still fighting.

“We are in Panjshir and our Resistance will continue,” Massoud said on Twitter. He said he was safe, but gave no details of his whereabouts.

He said it would be a “mistake” to believe “the Taliban have somehow reformed, they now have smiling faces, they are going to allow women and girls to have an education and careers”.

Two former Trump officials react to Cassidy Hutchinson’s testimony
Pincher’s statement was contrite and defiant – but preventing a by-election may be out of his hands
Trump media company subpoenaed in federal criminal probe of SPAC deal
British Airways cancels 11% of flights in summer holiday peak
Bitcoin Family say they lost $1 million on their investment this year, but sold a lot at peak