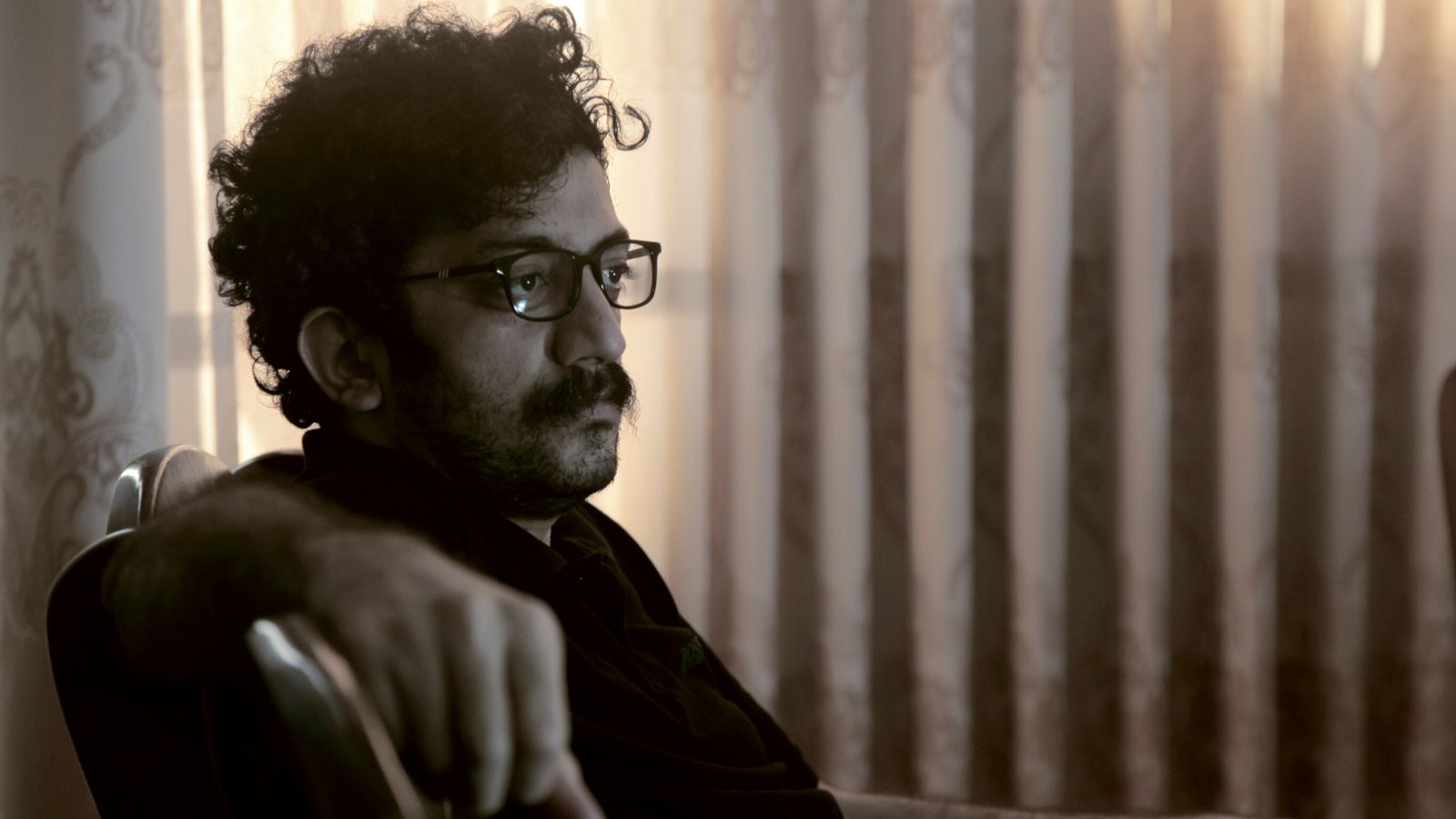 For more than nine months, musician and composer Mehdi Rajabian kept himself hidden away in an underground room in Sari, northern Iran, working to create his latest album undercover.

While many artists will tell you they pour blood, sweat and tears into their art, this is much more than just a throwaway phrase for Rajabian.

He has already served more than two years in prison for making music the Iranian authorities did not agree with, including a period of solitary confinement and a hunger strike, but is undeterred – despite the very real threat of more jail time. No power, he says, can stop the “freedom and thought of music”.

So despite his limitations and the danger he faces in a country where art is heavily censored, the 31-year-old recorded his second album, Coup Of Gods, in a secret basement, patiently dealing with the challenges of keeping hidden, plus low-speed internet, to connect with other musicians from all over the world.

The album includes tracks featuring an orchestra from Brazil, and singers and musicians from everywhere from the US to Italy to Russia. It has been mastered by record producer and songwriter Harvey Mason Jr, who has worked on tracks by stars including Beyonce, Britney Spears, John Legend and Justin Timberlake, and became chief executive of the Recording Academy (which runs the Grammy Awards) earlier in 2021.

Rajabian approached Mason on email and the Grammys boss tells Sky News he was at first “blown away by his story” but ultimately the music had to be good enough. “For me it all came down to what came out of the speakers,” he says. “The music was beautiful, compelling and so well done. In my mind, it is true art.”

Rajabian, also corresponding with Sky News over email, says he is proud of the album and thinks it has “come out really strong”, despite “all the complications” he has had to overcome.

“In Iran, women can’t sing and it’s prohibited,” he says. “Even I got arrested a few months back for finishing an album having female voices. Prison and prohibition have caused Iranian artists to be afraid to be in my album.”

Rajabian is all too aware of the horrors he could face should he be jailed again. In 2013, he spent three months in solitary confinement for propaganda against the state. Solitary confinement “kills the human soul,” he says. “You are no longer a normal human being afterwards.”

From 2015, following what Amnesty International described as a “blatantly unfair” trial, he served two years in prison until he was released after a 40-day hunger strike. “Solitary kills the soul and the hunger strike kills the body”, he says, describing it as “like eating your own flesh” because of the damage inflicted. “I lost 15kg of weight and 40% of my vision.”

The musician was arrested again in 2020, for his first album and for working with female dancers and singers, and again, he says, because of his new album earlier this year. He is currently in the midst of a three-year suspended sentence, which could be activated at any time.

Rajabian spent his time behind bars at Iran’s notorious Evin Prison. “It can be said that it is one of the most horrible prisons in the world,” he says. “I spent several months in a Somali pirate cell as a punishment. Prison is a difficult place to live, but what matters is how much you believe in your own thought and philosophy of work; the more you believe, the easier it is for you to overcome difficulties.”

After his arrest, his office was closed and his recordings and hard drives seized. He spent his “whole life” while making the album in his underground room, alone. But he is determined.

“A few months back, I was arrested by the Iranian regime,” he says. “Handcuffed in a court, they asked to seize the project, and [ordered me to] stop making music. But I stated to the judge that even if this means I’m going back to jail, I’ll get my work done. I do not think about the consequences of producing a work of art and I am ready for any consequences. They can imprison me again. I [will] also write music in prison, as I wrote before. Music will not stop under any circumstances.”

The hunger strike left Rajabian with incredibly swollen joints, meaning he can no longer play an instrument himself. So he composed and arranged the album working alongside collaborators including US singers Lizzy O’Very and Aubrey Johnson and musicians such as violinists Yury Revich and Emmanuele Baldini, cellist Rafael Cesario, duduk player Soroosh Nematollahi and sarangi player Vanraj Shastri. His underground room has now been cleared, to remove all trace of his work, and the album is ready to go.

The first track, Whip On A Lifeless Body, is his most personal. “This piece is the narrator of a human body that no longer has a physical presence,” he says. “The feeling is for the time when I was on a hunger strike, between earth and sky, between life and death, between the living and the dead… on the 29th day of the hunger strike, I opened my eyes that morning and I did not know whether I was alive or dead, on earth or in heaven. I was in a trance. It was a strange feeling.”

Making music, or the type of music Rajabian wants to make, is clearly a dangerous business in Iran. Many would ask why he continues. “Forbidding music for me means sewing my lips,” he says. “I cannot be silent. In the time of oppression, silence means betrayal. Prohibition of art means prohibition of truth and suppression of consciousness. So I have to believe in the freedom of music, even if I go to prison again for it.”

The release comes just weeks after the Taliban’s takeover of bordering Afghanistan, where concerns have been raised for musicians and artists and how their work may be censored. Rajabian says he knows too well the mentality of the country’s new rulers.

“There is only one question for me: how can we as artists express our pain to the world with the language of art, when these kind of painful images are sent to the world from Iran and Afghanistan? As artists, our work has become difficult, because feelings, sadness, surprise and pain are no longer effective.

“The world is no longer amazed by any sound or image; humanity has seen everything that exists. That is why humanity is moving towards fun and entertainment with art. Philosophical, protest and poetic art no longer has a place. Humanity shuns philosophical and painful art because humanity wants to get away from these pains. And that makes it difficult for us.”

Rajabian says that despite everything, hope keeps him alive, “even though I know we have a difficult future ahead of us”.

He continues: “After every darkness there is a light. Finally, I am optimistic about the future.”