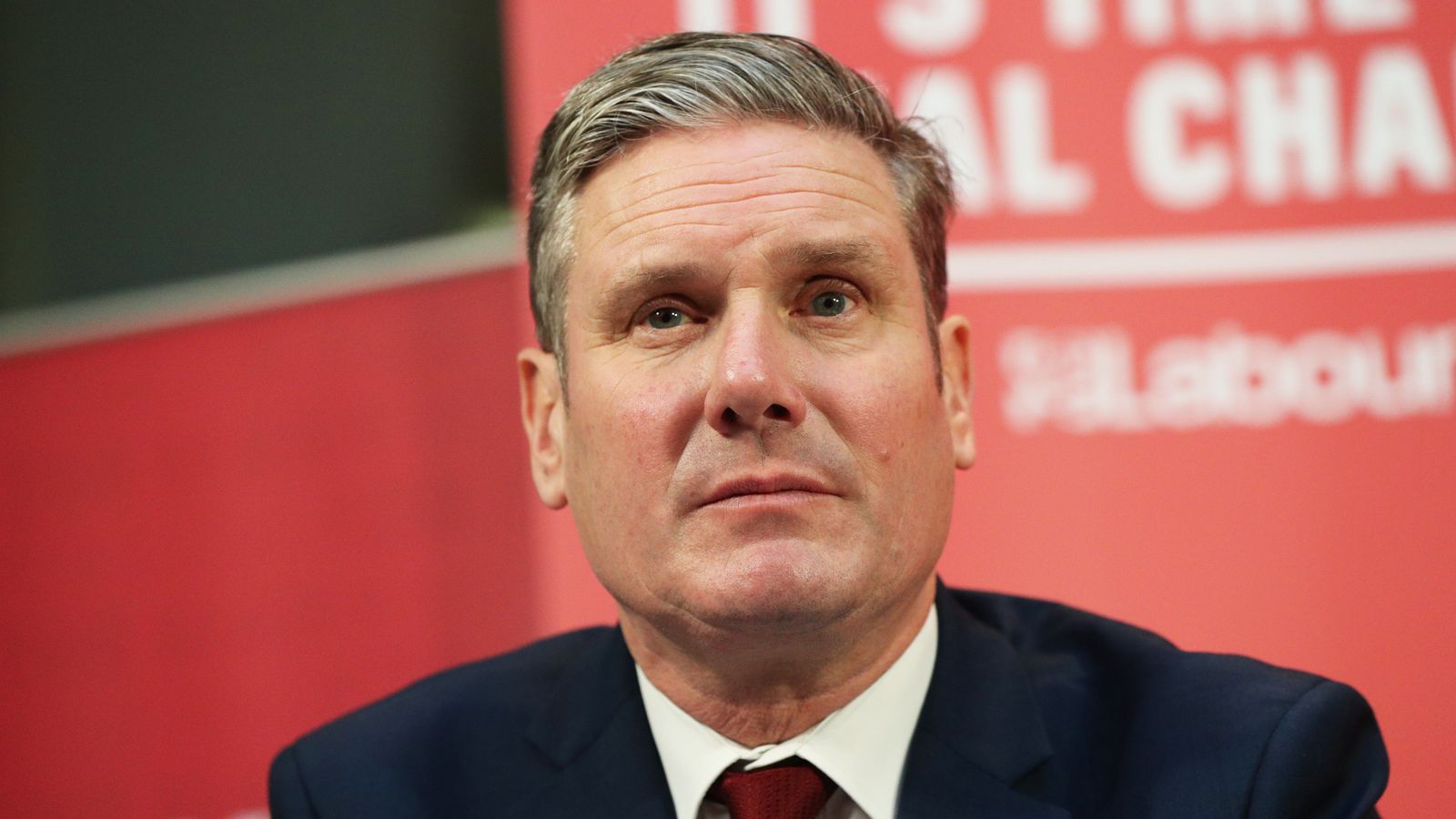 Labour’s conference is opening in Brighton after Sir Keir Starmer was forced into a humiliating retreat over his attempt to re-write the party’s rulebook.

He had to put his reforms on hold after a backlash from unions and party activists, in what left-wing MPs said was an own goal that had weakened his authority.

The Labour leader is now attempting to salvage his proposals in talks with those trade unions he hopes will back them, though he may have to make significant concessions to win their support.

The conference opens with a speech by Angela Rayner, Labour’s deputy leader, who will commit the party to introduce a new deal for working people – including pay rises and new employment rights – if it wins the next election.

Ahead of her speech, Ms Rayner features in a glossy photoshoot in The Times’ Saturday magazine, accompanied by an interview in which she says she “definitely wouldn’t say no” to standing for party leader.

“If I felt it was the right thing to do for the party and the right thing for the country, then I would step up and do it,” she told The Times, in comments that will annoy Sir Keir and his inner circle at a time when his critics are questioning his leadership.

The Labour leader was forced to abandon his plans to put his reforms – which include scrapping ‘one member, one vote’ for electing the party leader and returning to an electoral college of MPs, unions and activists – to a vote on the ruling national executive after opposition from unions.

But ahead of another meeting of the executive shortly before the conference opens, Sir Keir is to hold talks with three major unions, Unison, Usdaw and the GMB, which he hopes to persuade to back his proposals.

It is thought that to win their support, however, the beleaguered Labour leader may have to drop some of his proposals, including his plans to bring back the electoral college, which was replaced with one member, one vote by former leader Ed Miliband in 2014.

Speaking to Sky News after Sir Keir withdrew his proposals, at least temporarily, former party chair and leading Jeremy Corbyn supporter Ian Lavery said the Labour leader had scored an own goal and his position as leader had been weakened.

“Had the consultation taken place with the unions, with the CLPs, things might have been different,” said Mr Lavery.

“It’s a huge lesson to be learned by Keir Starmer tonight, and that is everybody counts in the Labour Party, not just the few in the leader’s room.”

“This delay has been won by the grassroots members who have taken action to organise their delegates, lobby their unions and mobilise ahead of conference.

“But it is not over yet. We have to keep up the pressure to make sure this rule change and all the other regressive changes concocted by the leadership get comprehensively rejected.”

Just hours before the start of the conference, Sir Keir also came under attack from Mr Corbyn, his predecessor, who said: “Our movement has the answers to the big questions of the age – inequality, the climate crisis and the pandemic – but our leaders are failing to listen and put these solutions front and centre.

“At conference, I hope to hear how Labour will bring in a wealth tax to fund a National Care Service like the NHS, will take the radical action needed to decarbonise by 2030, stand against the drumbeat of a new Cold War, and will rein in the runaway wealth and power of a tiny elite.

“I know our trade unions and members have developed these policies. But the signs are that the party leadership wants to try to shut down debate, side-line the members and trade unions with the end result that Labour props up rather than challenges our broken political and economic system.”

In her speech pledging a new deal for workers, Ms Rayner will say: “It will be the driving mission of the next Labour government to end the poverty wages and insecure work that blights millions of lives and is holding back our economy. Labour will make Britain work for working people.

“Work should provide not just a proper wage that people can raise a family on, but dignity, flexibility and security. Better pay and more secure work is good for workers, good for businesses and good for the economy.

“Working people don’t want a handout from a minister sat in Whitehall – workers want the power to stand up for themselves and demand their fair share and a better deal.”

She will add: “The best way to improve the lot of working people is collectively, achieving more by the strength of our common endeavour than we achieve alone.

“So the next Labour government will bring together representatives of workers and employers to agree fair pay agreements that will apply to every worker in each sector, starting in social care.

“Fair pay agreements will drive up pay, improve conditions in the workplace and stop bad bosses from exploiting their workers and driving down pay and standards for everyone.

“When Labour is in government there won’t just be a former social care worker and shop steward in the office of deputy prime minister, working people will have a seat at the cabinet table and their voices will be heard. The next Labour government will end poverty wages and insecure work for good.”

Spain, Germany happy to survive heavyweight bout and fight another day
China ‘played a great game’ on lithium and we’ve been slow to react, industry CEO says
Why Silicon Valley is so hot on nuclear energy and what it means for the industry
Hitachi Energy debuts wireless grid tech that prevents wildfires
Tesla Semi completes first 500-mile trip with a full load