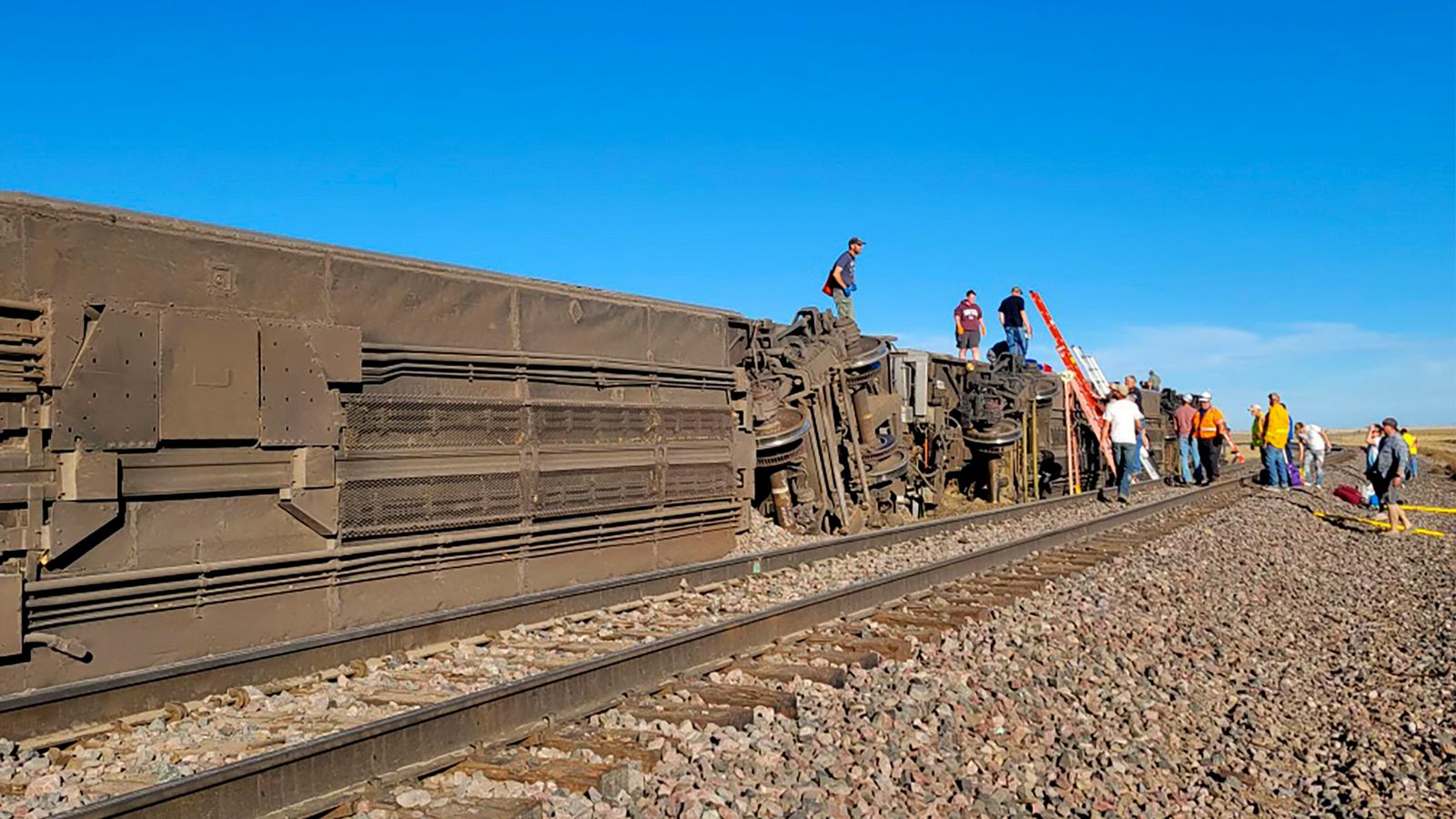 An Amtrak passenger train has derailed in the US state of Montana killing at least three people, according to reports.

The Empire Builder train, which runs between Seattle and Chicago, was carrying 146 passengers and 16 crew, Amtrak said.

The train consisted of two locomotives and 10 carriages, seven of which derailed near the town of Joplin, Montana, about 30 miles from the Canadian border, at about 4pm local time.

The number of people injured has not been confirmed.

“Amtrak is working with the local authorities to transport injured passengers, and safely evacuate all other passengers,” according to a statement from the train operator.

Megan Vandervest, a passenger on the train who was going to visit a friend in Seattle, told The New York Times that she was woken by the derailment, describing it as feeling like “extreme turbulence on a plane”.

She said that the car behind hers was tilted over, the one behind that was entirely tipped over, and the three cars behind that “had completely fallen off the tracks and were detached from the train”.

The cause of the derailment was not clear but it will be investigated by the National Transportation Safety Board.

Spokesman Eric Weiss said a 14-member team would visit the scene, including investigators and specialists in railroad signals and other disciplines.