Metropolitan Police Commissioner Dame Cressida Dick has said Wayne Couzens’ crimes have “brought shame” on the force – adding she is “so sorry” he was able to use his “position of trust” to “deceive” Sarah Everard before murdering her.

Dame Cressida issued the statement amid calls for her to resign after it emerged former Met officer Couzens had faced allegations of indecent exposure dating back as far as 2015.

Couzens has been sentenced to a whole life order for the kidnap, rape and murder of Ms Everard.

As it happened: Reaction as Wayne Couzens sentenced to whole-life term

Dame Cressida said: “I am absolutely horrified that this man used his position of trust to deceive and coerce Sarah and I know you all are too… what he did was unthinkable and appalling.”

She continued: “He has very considerably added to the sense of insecurity that many have in our cities, perhaps particularly women. I am absolutely sickened… this man has brought shame on the Met. We have been rocked.

“I recognise that a precious bond of trust has been damaged. I will do everything in my power to ensure we learn any lessons. There are no words that can fully express the fury and overwhelming sadness that we all feel about what happened to Sarah. I am so sorry.”

The police officer who killed her is a monster. I welcome the fact he has faced the full force of the law and he will never be free to walk our country’s streets again.

But we cannot ignore this disturbing abuse of power and trust.

Home Secretary Priti Patel said what happened to Sarah “sickens me to the stomach”.

In a series of tweets, she said: “The police officer who killed her is a monster. I welcome the fact he has faced the full force of the law and he will never be free to walk our country’s streets again.

“But we cannot ignore this disturbing abuse of power and trust.” 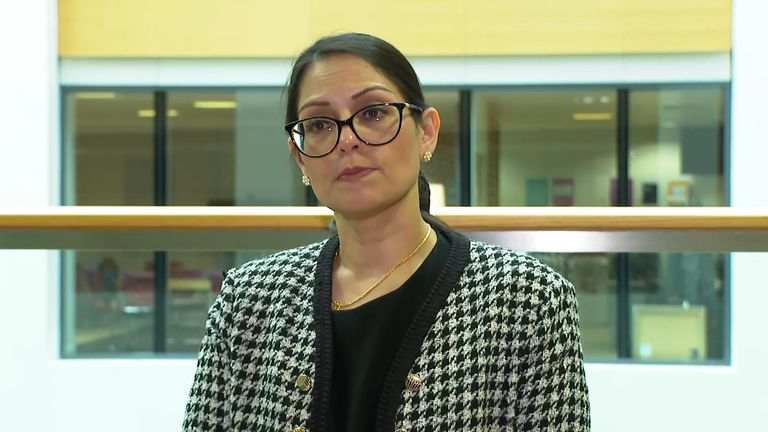 Harriet Harman MP has asked Ms Patel to take urgent action to “rebuild the shattered confidence of women in the police service”, and has told Dame Cressida she needs to step aside to “enable these changes to be taken through”.

In a letter to the Met Police commissioner, the MP for Camberwell and Peckham, who is also mother of the House of Commons and chairman of the Joint Committee on Human Rights, said: “Women need to be confident that the police are there to make them safe, not to put them at risk. Women need to be able to trust the police, not to fear them.

“I have written to the home secretary to set out a number of actions which must be taken to rebuild the shattered confidence of women in the police service.

“I think it is not possible for you to lead these necessary actions in the Metropolitan Police. I am sure that you must recognise this, and I ask you to resign to enable these changes to be taken through and for women to be able to have justified confidence in the police.”

Sarah Everard was simply walking home. Women must be able to trust the police not fear them. Women’s confidence in police will have been shattered. Urgent action needed. Met Commissioner must resign. My letters to Home Sec & Met👇 pic.twitter.com/eo4CDjI3H3

Nazir Afzal, the former chief crown prosecutor for the North West, has joined calls for the Met Police commissioner to resign.

He added the home secretary must also go for extending Dame Cressida’s contract earlier this month.

Dunblane led to better gun control
Hillsborough led to better ground safety
Shipman led to better medical care
Let us hope that #SarahEverard leads to better policing
First though, the police need to accept that there is a problem of trust
I have yet to see evidence of that

Campaigner Jamie Klingler, who co-founded Reclaim These Streets, said Ms Everard’s death was “fundamentally preventable”, referring to allegations about prior incidents of indecent exposure being probed by the police watchdog.

She added the Met Police commissioner should resign as women are terrified and being “picked off like big game”.

Dame Cressida had attended court on Wednesday to hear how one of her own officers had abused his position to carry out his crimes.

During the investigation into Ms Everard’s death it emerged Couzens had been linked to an alleged indecent exposure incident dating back to 2015.

The Independent Office for Police Conduct has launched an investigation into alleged failures by Kent Police to investigate.

A probe is also ongoing into alleged failures by the Met Police to investigate two allegations of indecent exposure linked to Couzens in London in February this year.

The force said Couzens passed vetting procedures and a review after his arrest found no information available at the time that would have changed the decision.

It added that he was never subject to any misconduct proceedings during his time in the force.