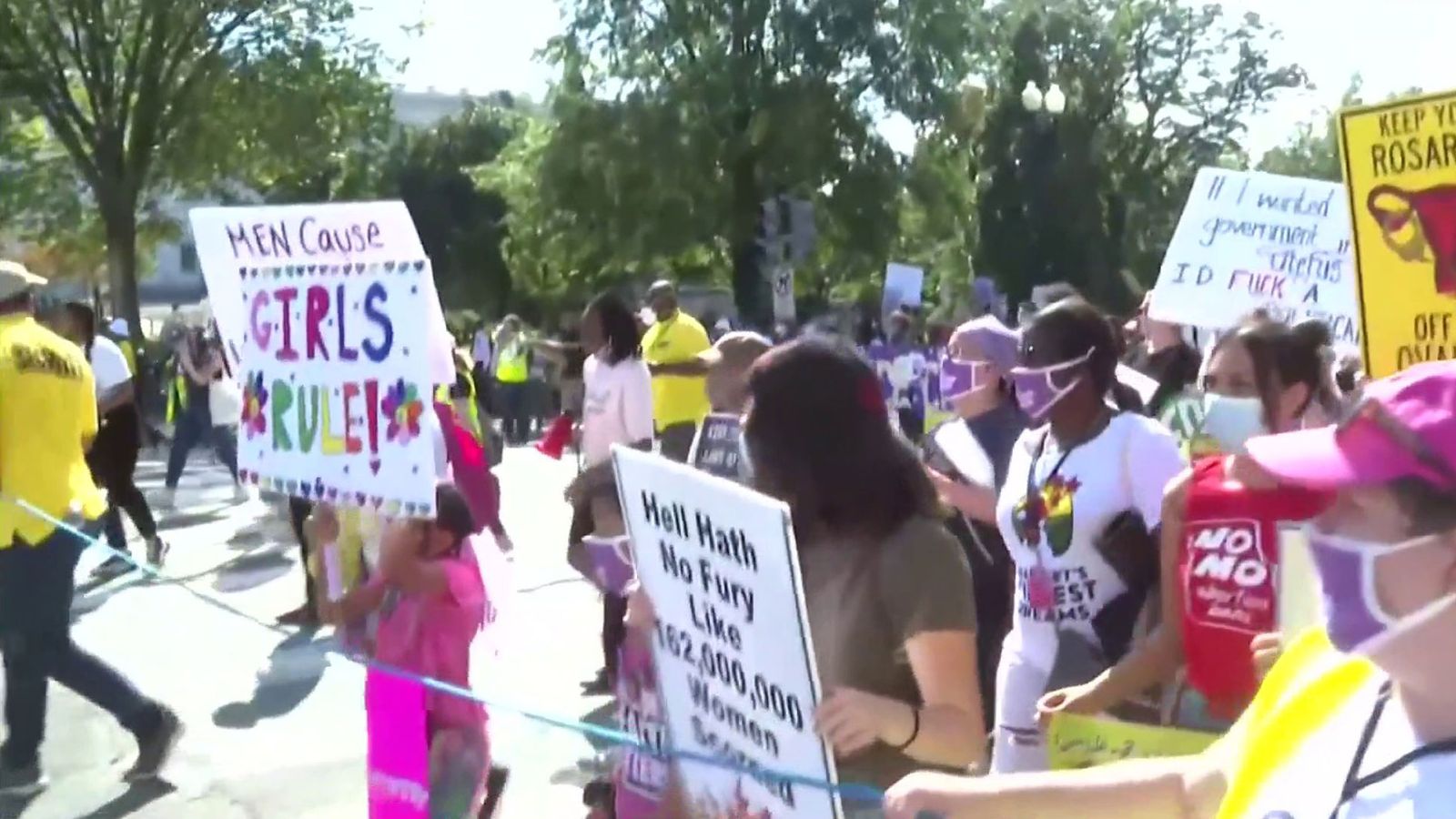 Officials in Texas have won a federal appeal to temporarily reinstate its controversial abortion law – just one day after clinics across the US state resumed services for the first time since early September.

Earlier this week, the Biden administration had successfully blocked the law, known as Senate Bill 8, but the 5th US Court of Appeals overturned the decision late on Friday evening.

Senate Bill 8 has been dubbed the “Heartbeat Bill” because it bans abortion once cardiac activity in an embryo can be detected on an ultrasound scan, often as early as six weeks into a pregnancy and often before a woman knows she is pregnant. It makes no exceptions in cases of rape or incest.

Nancy Northup, president of the Center for Reproductive Rights, which represents several Texas clinics that had briefly resumed normal abortion services, said “patients are being thrown back into a state of chaos and fear”.

She called on the US Supreme Court to “step in and stop this madness”.

Clinics had braced for the federal appeals court to act quickly after US District Judge Robert Pitman, an appointee of president Barack Obama, on Wednesday suspended the Texas law which he called an “offensive deprivation” of the constitutional right to an abortion.

The law, which came into effect last month, has been particularly controversial because of the peculiar way it was enforced, deputising private citizens to take legal action against abortion providers and even taxi drivers taking women to appointments, incentivising them to bring lawsuits which could result in a $10,000 payday if successful.

“From the moment S.B. 8 went into effect, women have been unlawfully prevented from exercising control over their lives in ways that are protected by the Constitution,” Mr Pitman wrote. “That other courts may find a way to avoid this conclusion is theirs to decide; this court will not sanction one more day of this offensive deprivation of such an important right.”

Knowing that order might not stand long, a handful of Texas clinics immediately started performing abortions again beyond six weeks, and booked new appointments for this weekend.

It has given the Biden administration, which had brought the lawsuit, until Tuesday to respond.

Justice Department representatives have yet to respond to the latest development.