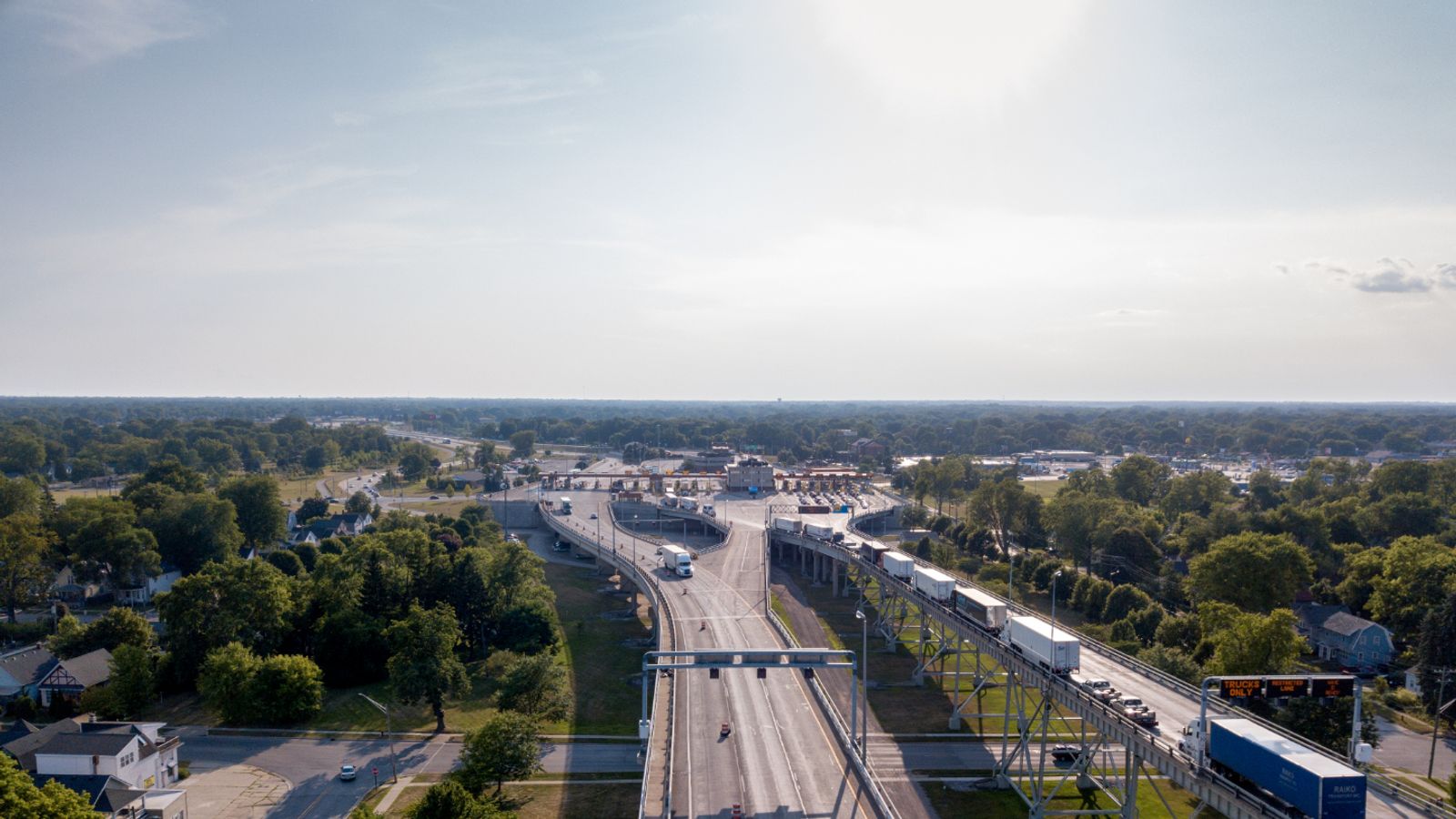 The US will reopen its land borders for non-essential travel in early November, ending restrictions that have been in place since March 2020.

Vehicle, rail and ferry travel between the US and its neighbours Canada and Mexico has been largely restricted to essential activity, such as trade, for the last 19 months.

Foreign visitors will need to be fully vaccinated to enter the country – a rule which will also be implemented for essential travellers – like truck drivers – by mid-January.

They will necessarily need to show proof of vaccination unless they are referred by US Customs and Border Patrol for secondary inspections, officials said.

Proof of a negative COVID-19 test will not be required either.

US officials said the move would be formally announced later today.

Canada and Mexico have been pushing the White House to ease travel rules that have hit border communities especially hard.

Senate Democratic leader Chuck Schumer welcomed the decision, saying: “Since the beginning of the pandemic, members of our shared cross-border community have felt the pain and economic hardship of the land border closures. That pain is about to end.” 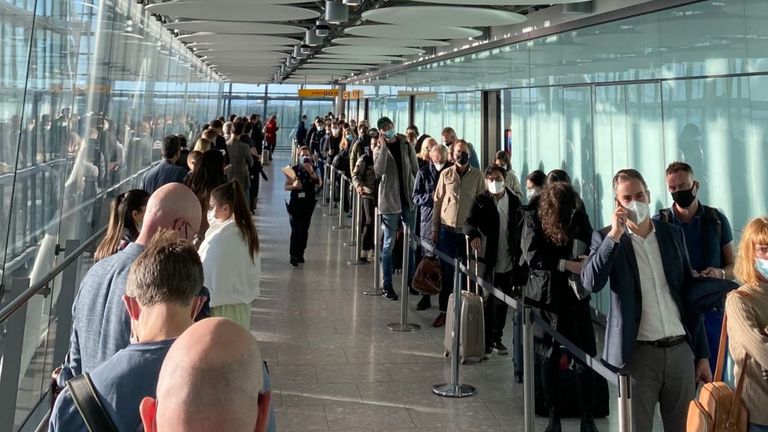 COVID rules for arrivals to UK made easier

White House staff said the “Title 42” order, which has essentially cut off access to asylum for migrants since it was issued by former president Donald Trump, would remain in place.

A similar easing of restrictions is set to begin for air travel at around the same time.

The US previously announced it would lift air travel restrictions early next month for fully vaccinated visitors from 33 countries including China, India, Brazil and most of Europe.

Foreign visitors will need to show proof of vaccination and a recent negative COVID-19 test before boarding a flight.

The US Centers for Disease Control and Prevention said on Friday the country would accept travellers who have had vaccines approved by the US or World Health Organisation.

‘Worse than Second World War’: Inside the homes of Kyiv residents with no power or water
Wales lose to Iran in World Cup after suffering two late goals
After decades as a nuclear powerhouse, France makes its play in offshore wind
Manchester United owner Avram Glazer confronted in Florida
South Africa’s economy at a pivotal point as outlook improves but political, energy risks remain