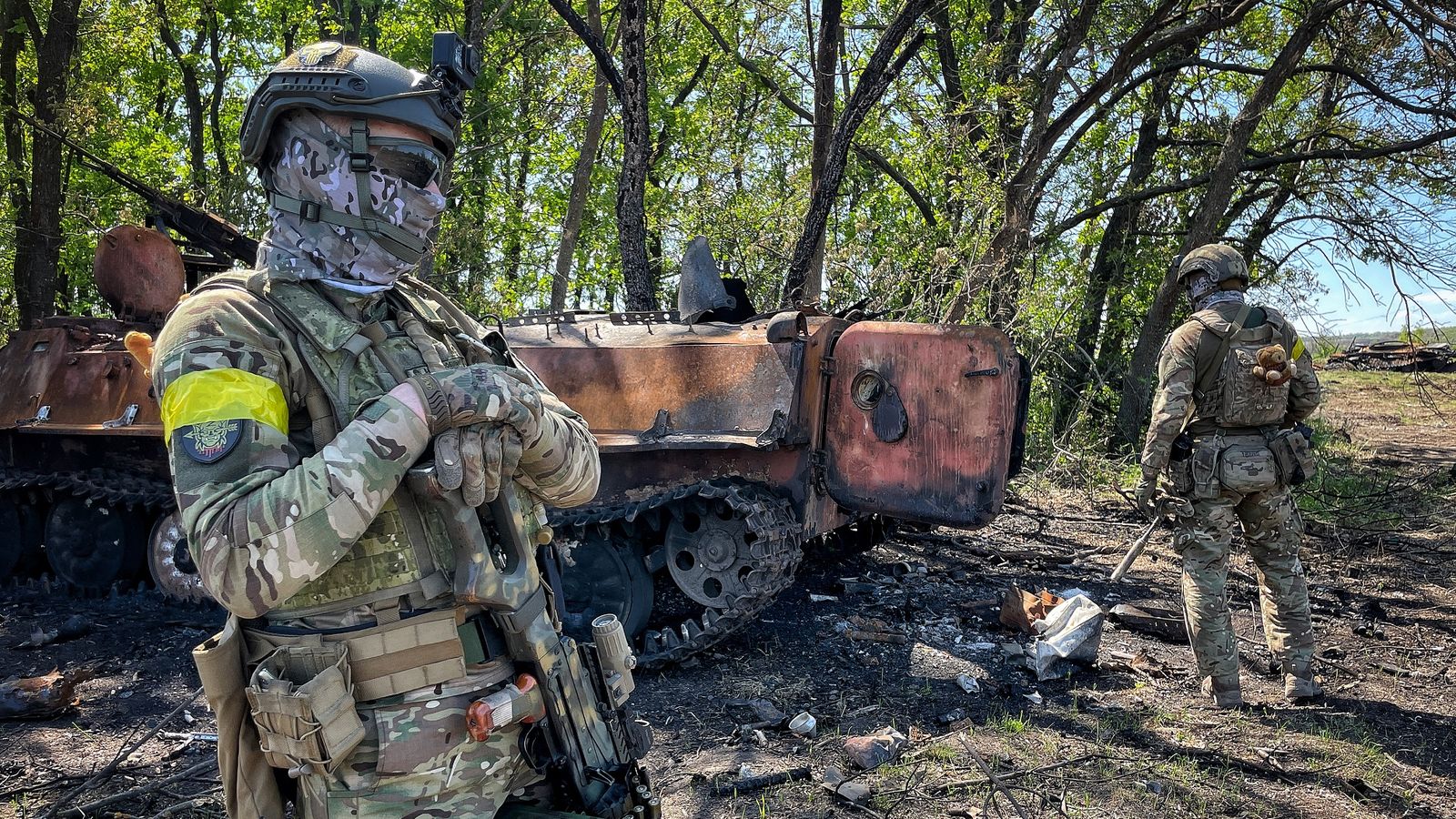 The Donbas is feeling the brunt of the recent Russian military failures.

The country’s president, Volodymyr Zelenskyy, says the twin areas of Luhansk and Donetsk in eastern Ukraine are being “turned into hell”. He’s right. They are.

The towns and cities here are being pummelled; homes and businesses are being smashed by this war.

Their residents are being terrorised. Families are being split. People are being killed and maimed and tens of thousands are running for their lives.

Severodonetsk in Luhansk is the last Ukrainian pocket of resistance and the Russians want this city so they can complete their capture of the whole of Luhansk and then move on to Donetsk.

Their catastrophic attempt to cross the Donets River at Bilohorivka village recently to encircle Severodonetsk and grab the whole of Luhansk, has meant a dramatic rewrite of the military plan.

And the redrafting means shifting tactics and upping the tempo.

The Ukrainian military has allowed few on the ground on the site of what it claims is its biggest military victory since the Second World War.

The area is now a graveyard of Russian military vehicles.

‘Some sort of suicide club’

There’s spent ammunition cartridges, unexploded ordnance, grenades and burnt-out hulks of army transporters spread over the scorched farmland on the western side of the river.

They attempted to build pontoon bridges across the river using smoke as a cover but the Ukrainians were waiting and launched a fierce defence – showering what they say was a Russian battalion, wiping out an estimated 70 vehicles and hundreds of troops.

“It seems like they were some sort of suicide club or their commanders didn’t care for them,” Yuri tells us.

“It’s strange. They just sent them to die… and they followed stupid, stupid orders from their commanders.”

The bodies had been cleared away by the time we were allowed access, so it’s difficult to verify the numbers killed, but there was certainly a ferocious attack here.

The impact has been to bolster Ukrainian morale whilst also apparently sparking real substantial criticism of the Russian leader himself, Vladimir Putin.

It also seems to have pressurised the Russians into changing tactics.

After the failures to encircle the capital Kyiv or the country’s second city Kharkiv, the humiliating disaster at Bilohorivka. has prompted a change in direction.

Scavenging baby food from the ruins

The Russians are refusing to give up on their ambitions to take Severodonetsk.

They’ve just shifted a few kilometres south and are focussing intensely on the town of Soledar, which may be a prelude to cutting off Severodonetsk.

Soledar is paying the price in rockets and missiles. The main street has a massive crater in the middle. The town’s theatre is virtually rubble.

We saw men carrying bags of whatever they could find out from amongst the wreckage inside.

One man, calling himself Alex, told us how he’d been scavenging baby food and packets of pasta from the theatre ruins. It had been used to store humanitarian aid before the bombing days earlier.

With sweat pouring off his face from carrying bags of goods from the theatre, Alex tells us he doesn’t believe the bombs were Russian anyway.

“These are Ukrainian bombs here,” he says. “Not Russian”.

He goes on to say he believes the only way the war will stop is if Ukraine gives up Donbas – and he insists they should.

It’s an outcome that is completely anathema to most Ukrainians, starting with President Zelenskyy.

But the toll this war is taking on the country is enormous – in human sacrifice and economically. And the president predicts the final stages are going to be the bloodiest. He’s almost certainly right.

Astronomers Observe Distant Galaxy Emitting Star-Forming Material
Roe v. Wade overturned: Here’s how tech companies and internet users can protect privacy
‘We are not supposed to open up a truck and see stacks of bodies’: At least 46 people found dead inside a Texas lorry
Gordon Brown says Britain is ‘at war with America over Ireland’
‘They’re all terrified’: Patients ‘panic’ as abortion clinic prepares to close