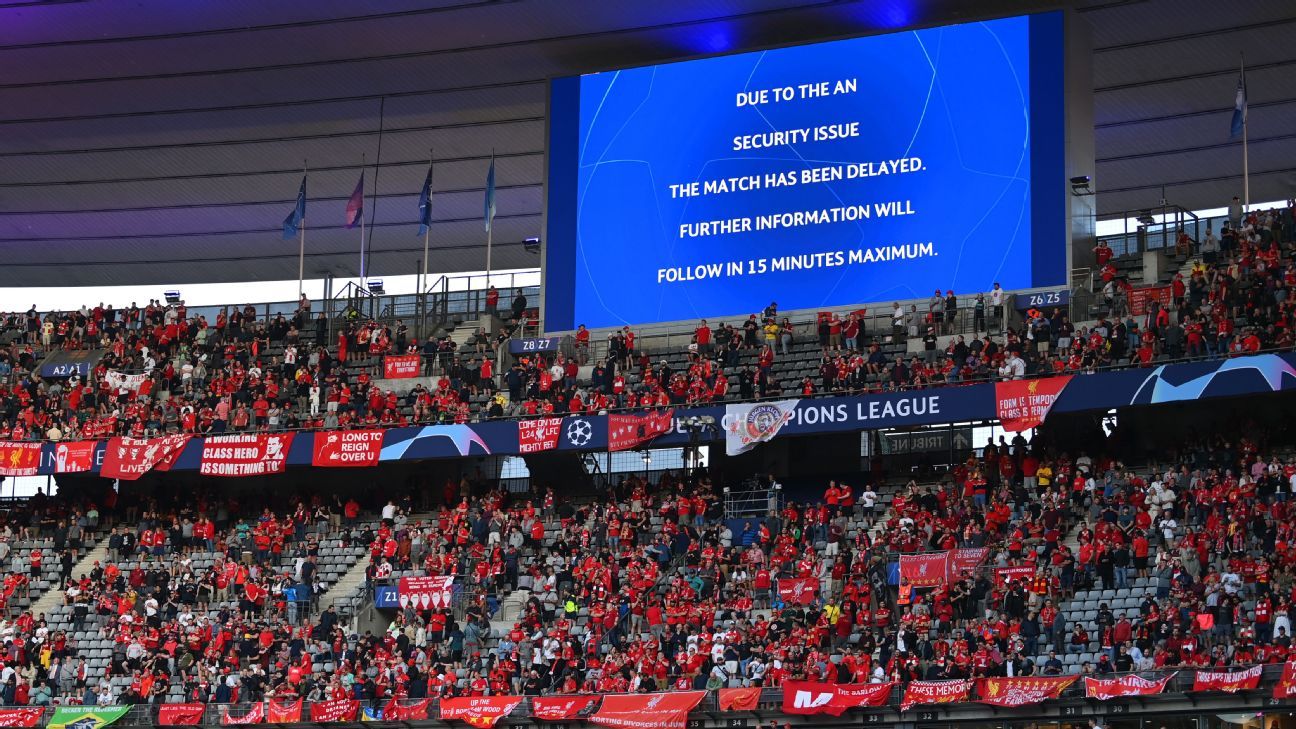 The Champions League final between Liverpool and Real Madrid in Paris was delayed on Saturday with UEFA citing the “late arrival of fans at the stadium” for the decision to postpone the 9 p.m. CET kick-off time.

UEFA announced the delay at 8:46 p.m. CET before saying that a further announcement would be made within a maximum of 15 minutes.

Video footage on social media highlighted large crowds of supporters outside the Stade de France in the build-up to the game, with thousands of Liverpool fans unable to access the stadium, leaving vast swathes of their section empty less than half an hour before the fixture was due to start.

In contrast, the Real Madrid section was virtually full almost an hour before the game.

Sources have told ESPN that fans had been forced to wait outside as police attempted to control access to the stadium.

But with so many supporters still attempting to enter the stadium in the final moments before kick-off, UEFA announced the delay.

Copenhagen suspect uploaded YouTube videos of him holding guns day before shooting
‘It’s like waiting for Christmas’: Backstage with… Steve Carell as Gru and the Minions return
More than 100 live animals found in women’s luggage
World UFO Day 2022: What Are UFOs and How Did the Theories Around Them Originate
Summer temperatures — and inflation — are running hot. Here’s how to save money on cooling bills as prices rise