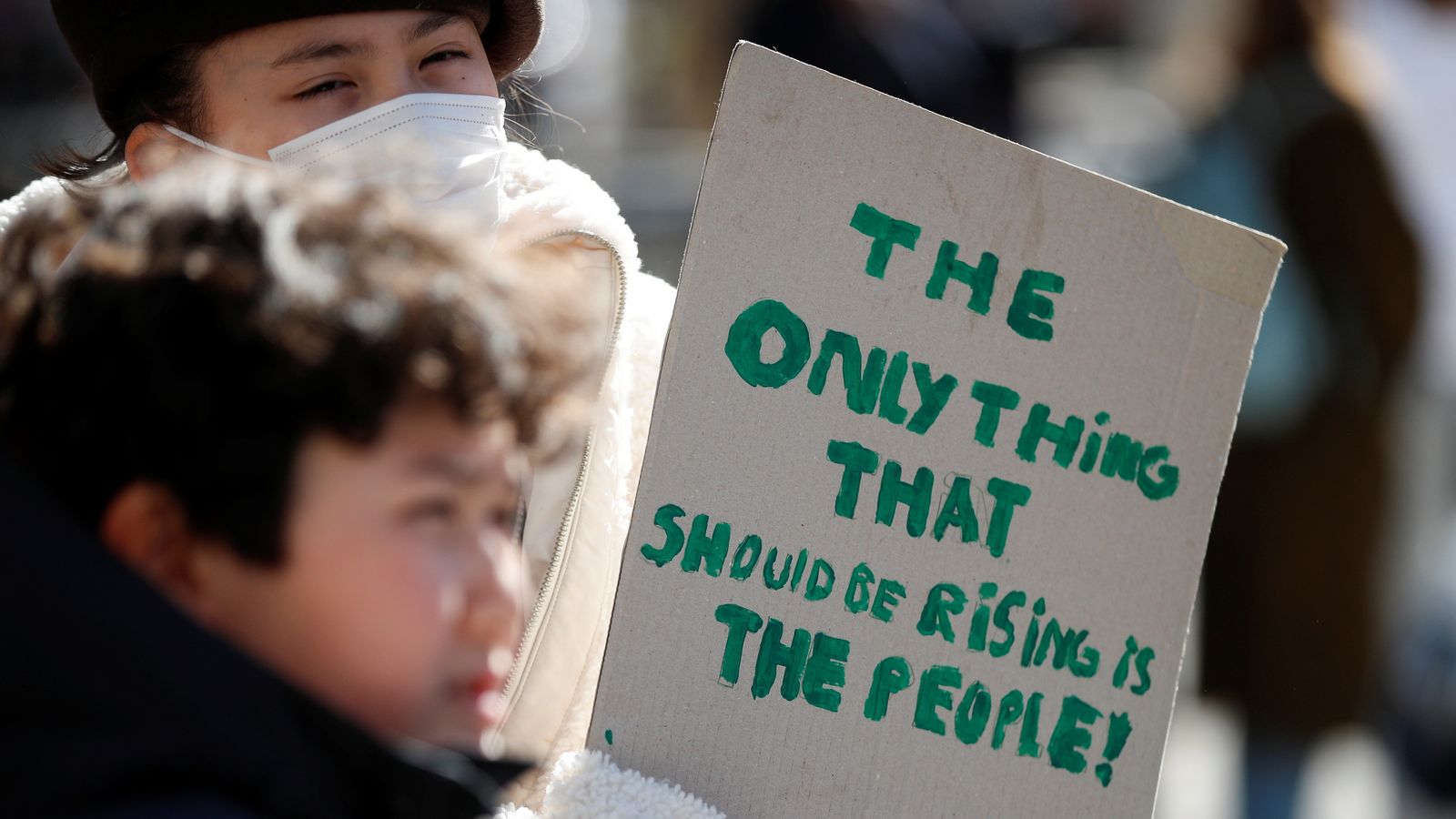 Britons cannot expect pay rises to keep up with the soaring cost of living, the government has warned.

His intervention comes as more than 40,000 staff prepare for a three-day strike that will cripple large swathes of the UK’s train network.

The RMT union has said it is “unacceptable for railway workers to either lose their jobs or face another year of a pay freeze” when inflation is at a 40-year high.

And in other developments, tens of thousands of people are expected to march on Saturday – calling on the government to do more to tackle the cost-of-living crisis.

The protest has been organised by the TUC union, which claims workers have lost almost £20,000 since 2008 because pay has not kept up with inflation.

Mr Clarke was quoted by The Daily Telegraph as warning that Britons cannot have “unrealistic expectations around pay” – adding steep wage increases would exacerbate the crisis.

He told the newspaper: “We have to be very careful at this point about preventing inflation from becoming a self-fulfilling prophecy.”

Their union, the NASUWT, said teachers were at the sharp end of the cost-of-living crisis, with essential living expenses surging ahead of wages and the value of their pay plummeting by 19% over the past 12 years.

Eight million households will start receiving cost-of-living payments from 14 July. Low-income households on benefits will get £326 next month as part of a £21bn support package to help with soaring bills, which was announced by the government last month.

Snap announces Snapchat+ subscription plan that costs $3.99 a month
Starz could turn into an ‘acquisition machine’ after Lionsgate spins it off
Hear who George Conway thinks needs to come clean about Trump’s role in Jan. 6
The new powerful US weapon being used by Ukraine against Russian targets
Former Man City executive Tom Glick to take top Chelsea job