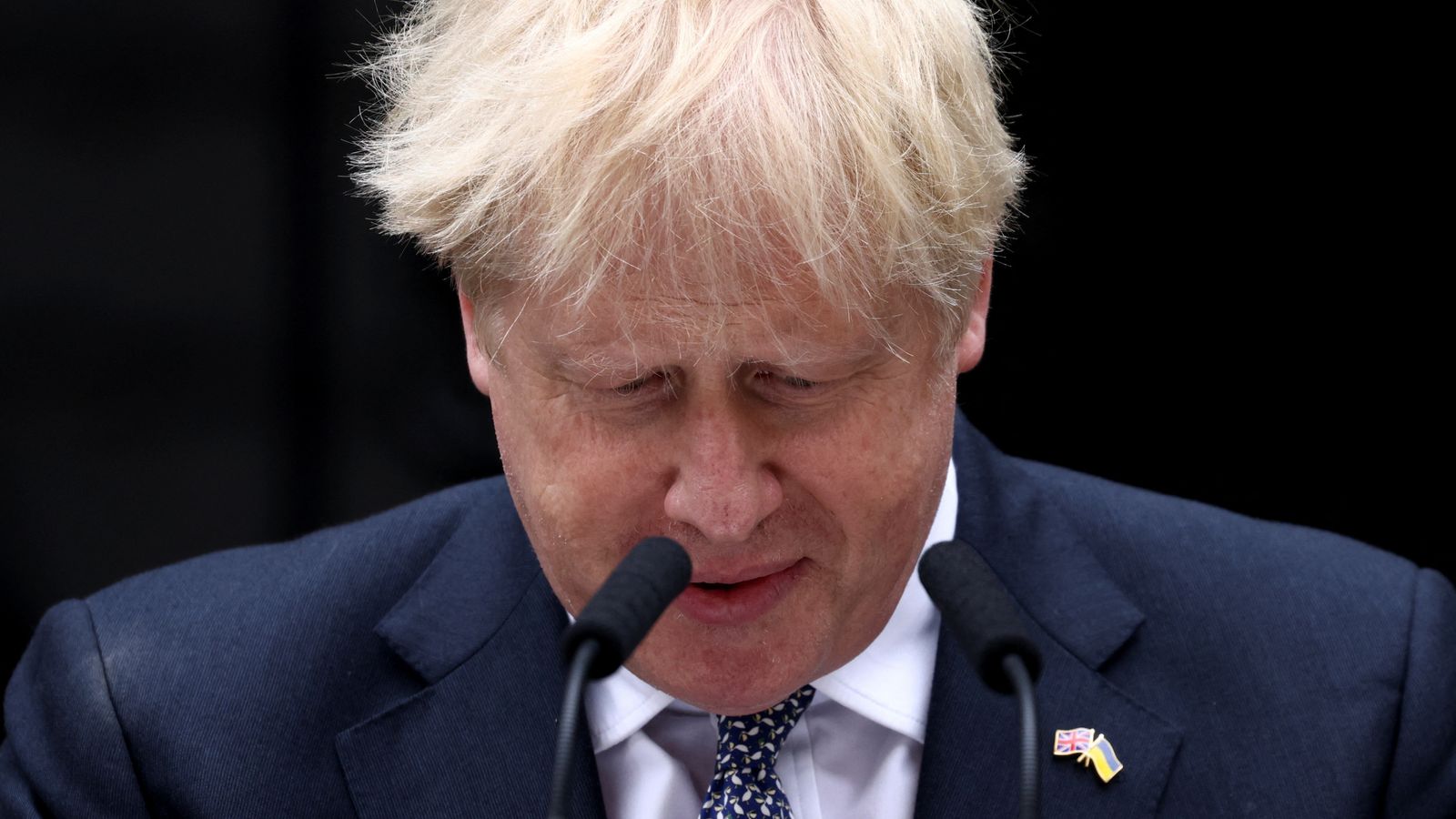 Boris Johnson has told his cabinet ministers his government will not seek to implement new policies or make major changes of direction after he resigned as Conservative Party leader.

Addressing his reshuffled top team of ministers for the first time since resigning earlier on Thursday, Mr Johnson said his priority is “to continue delivering on manifesto pledges and making sure the government is on the side of the public, on the cost of energy, transport and housing and all else that matters to them”.

He also said the government “would focus on delivering the agenda on which the government was elected” and that “major fiscal decisions should be left for the next prime minister”.

Mr Johnson was addressing his new-look cabinet for the first time, having over the past two days replaced the avalanche of ministers who quit in protest against his leadership.

Addressing the nation just after midday, Mr Johnson offered his resignation but said he intended to remain in office until his successor is elected, a process which could take months.

This prompted a backlash from senior Conservative figures, including former party leader Sir John Major, who in a letter to 1922 Committee chairman Sir Graham Brady said that it was “unwise and may be unsustainable” for Mr Johnson to stay in place until the autumn.

Labour leader Sir Keir Starmer has also threatened to call a vote of no confidence in the Commons, with the support of other opposition parties, if Tory MPs cannot oust him straight away.

In his speech, Mr Johnson said he had over the last few days fought to stay as prime minister because he felt he had a “duty” to the “millions of people who voted” for the Conservative Party in 2019.

“I have tried to persuade my colleagues that it would be eccentric to change governments when we are delivering so much and when we have such a vast mandate and when we are actually only a handful of points behind in the polls,” he said.

But, he added: “I regret not to have been successful in those arguments.”

Details of the leadership election to replace Mr Johnson will be made clear next week.

But some of those considering bids to take up the position have started setting out their stalls. 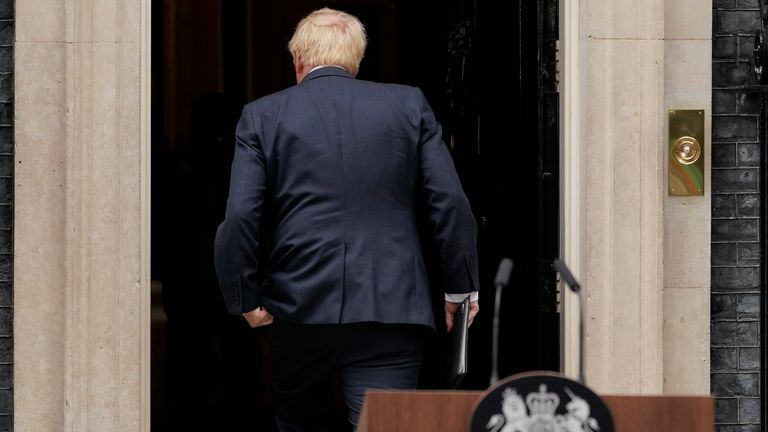 But Sky News understands both Deputy Prime Minister Dominic Raab and former levelling up secretary Michael Gove have ruled themselves out of the contest.

Former health secretary Mr Javid, who dramatically resigned on Tuesday evening, is also understood to be deciding whether to enter the contest – according to the PA news agency.

Matt Hancock, who was succeeded by Mr Javid after breaking COVID rules, is understood to not be interested in a leadership bid.

Elsewhere, speaking before Mr Johnson announced his resignation, Ben Wallace declined to comment on whether he would run to replace him.

The defence secretary, a frontrunner to replace Mr Johnson, was asked if he would be seeking the top job while he was on a visit to a military training area in the north of England.

“Let’s see what the prime minister says,” he said.

Sky News’ political correspondent Joe Pike understands Mr Wallace is discussing the matter with his family before deciding how to proceed. 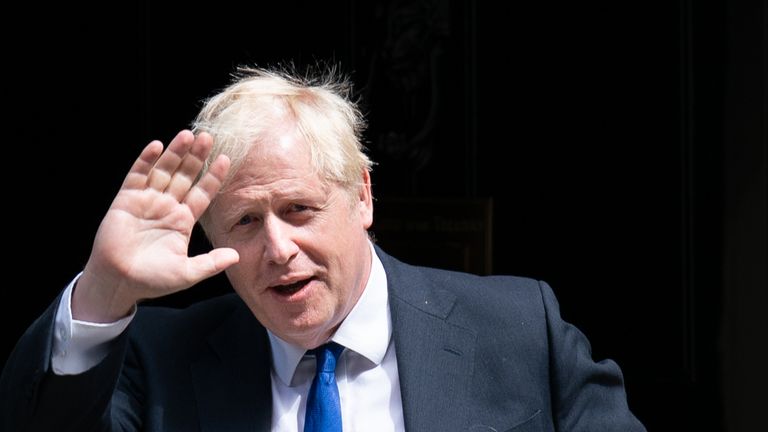 PM resignation: Who will take over?

Another senior Tory MP deciding whether to throw their hat in the ring is chairman of the influential Common Affairs Committee Tom Tugendhat.

There had been intense pressure on the PM to quit over the past 48 hours after more than 50 resignations from the government payroll, and waves of backbenchers appealing for him to go.

The mass rebellion began on Tuesday after Downing Street admitted the PM knew about allegations of inappropriate behaviour against disgraced former Deputy Chief Whip Chris Pincher in 2019, but still appointed him in February and sent ministers out to defend him.

Health Secretary Sajid Javid and Chancellor Rishi Sunak were the first to resign on Tuesday night, but over the following days, MPs from all levels of government piled in their letters and demands for him to go.

Mr Johnson initially insisted he was staying in post, with a source inside Number 10 saying on Thursday morning that he planned to “fight on”.

But after new education secretary, Michelle Donelan – who had only been in the post for 36 hours – resigned and his freshly appointed Chancellor Nadhim Zahawi publicly called for his exit, Downing Street confirmed the PM would be resigning.