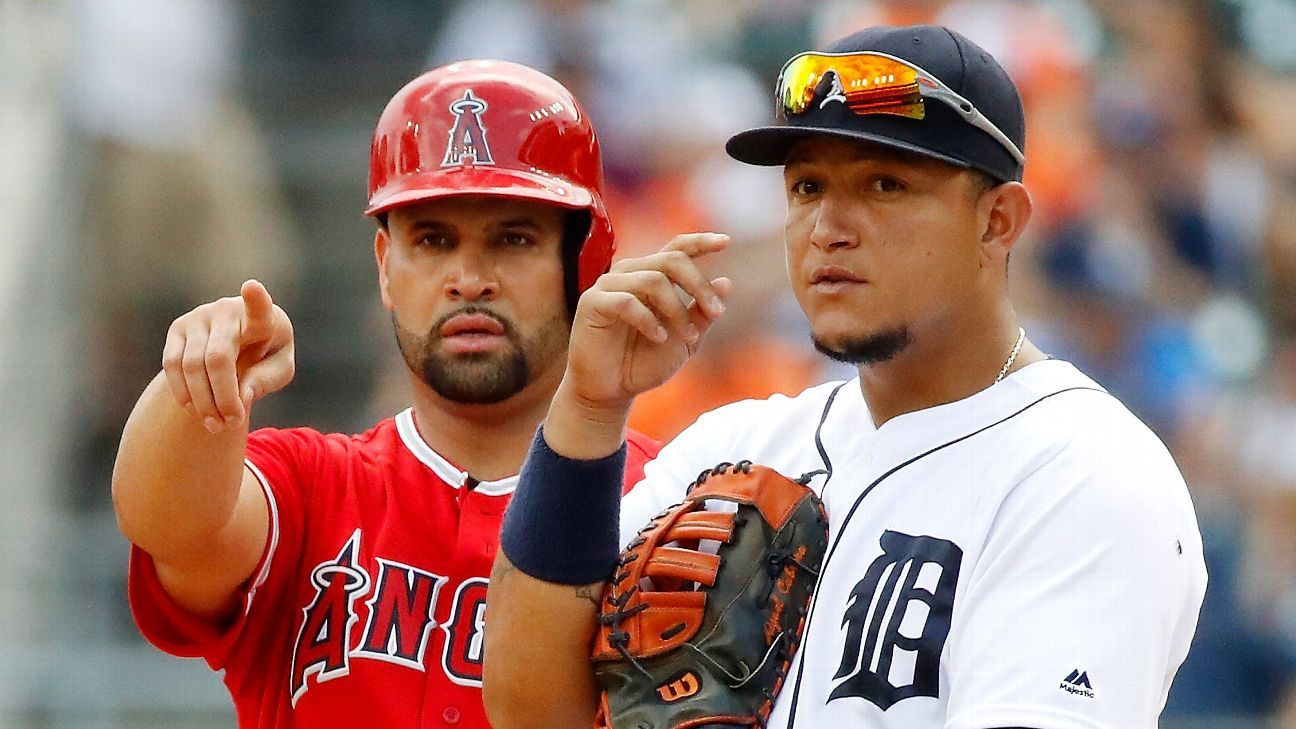 Sluggers Albert Pujols of the St. Louis Cardinals and Miguel Cabrera of the Detroit Tigers will participate in the 2022 All-Star Game, commissioner Rob Manfred announced Friday.

Pujols, Cabrera and Hall of Famer Hank Aaron are the only players in MLB history to register 3,000 hits, 500 home runs and 600 doubles.

“I am delighted that Albert Pujols and Miguel Cabrera have agreed to participate in the All-Star Game,” Manfred said in a statement. “Albert and Miguel are two of the most accomplished players of their generation. They have also represented the baseball traditions of the Dominican Republic and Venezuela with excellence for the last two decades. Albert and Miguel are two all-time greats whose achievements warrant this special recognition.”

The All-Star Game in Los Angeles is just around the corner. Will your favorite star make it to Hollywood? Full coverage &#187

It is the 11th All-Star selection for Pujols, who is in his 22nd MLB season. The 42-year-old ranks fifth in MLB history with 683 home runs and ninth with 3,326 career hits.

“If there is one game for the fans to celebrate the history and longevity, it’s the All-Star Game,” said Chicago White Sox manager Tony LaRussa, who was Pujols’ manager in St. Louis for seven years. “Anything like that [being selected to participate in the All-Star Game], I’m all in favor of.”

Cabrera, 39, reached 3,000 career hits earlier this season. He will be appearing in his 12th All-Star Game.

The All-Star Game will be held at Dodger Stadium in Los Angeles on Tuesday, July 19.

The Length of Earth’s Days Has Been Mysteriously Increasing, and Scientists Don’t Know Why
‘My heart is heavy’: Daughter pays tribute after Magnum PI star dies following car crash
Japanese shipping giant to take part in tidal power project planned for Singapore
PM admits cost of living support is not enough – but no new measures announced
Hear why McConnell and McCarthy are at odds over key bills