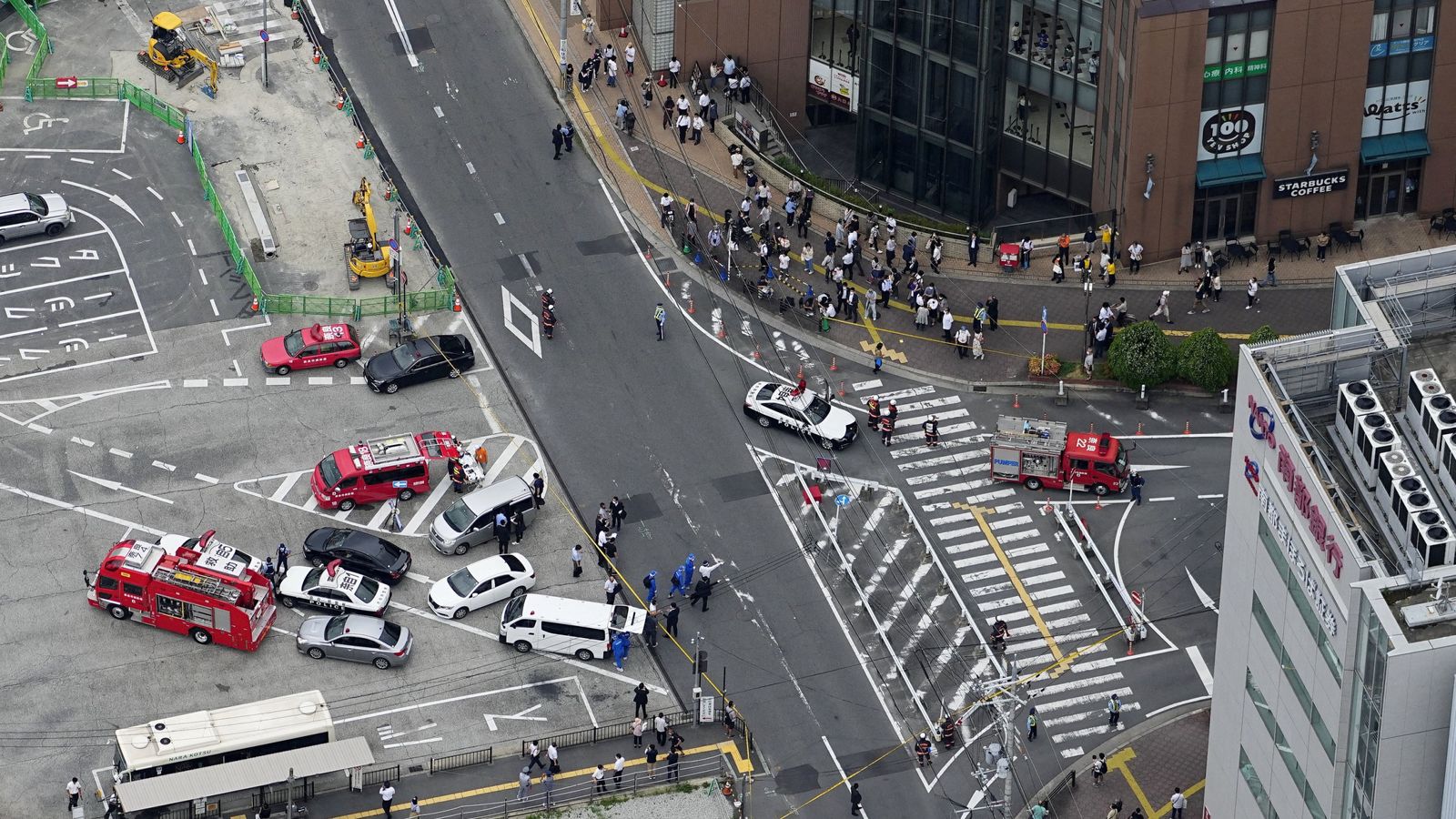 Former Japanese prime minister Shinzo Abe has been while giving a speech in the western city of Nara, according to reports.

Public broadcaster NHK said he appeared to be in a state of cardiac arrest.

The channel said shots were heard and a white puff of smoke was seen as Mr Abe made a campaign speech outside a train station.

A reporter on the scene said they could hear two consecutive bangs during the speech.

A spokesman for Nara City Fire Department said he was in cardiopulmonary arrest before he was taken to hospital.

According to reports a man was arrested at the scene.

But he has remained a dominant presence over the ruling Liberal Democratic party (LDP) party, controlling one of its major factions.

His protege, Prime Minister Fumio Kishida, faces an upper house election on Sunday in which analysts say he hopes to emerge from Mr Abe’s shadow and define his premiership.

EastEnders star reveals she has breast cancer in Olivia Newton-John tribute
He was attacked on January 6th. Hear what he thinks will happen to Trump
‘Serious as a heart attack’: What Cipollone subpoena means
Quick Charge Podcast: August 10, 2022
Russia is trying to ‘threaten the whole world’ by shelling Europe’s largest nuclear plant, Zelenskyy warns