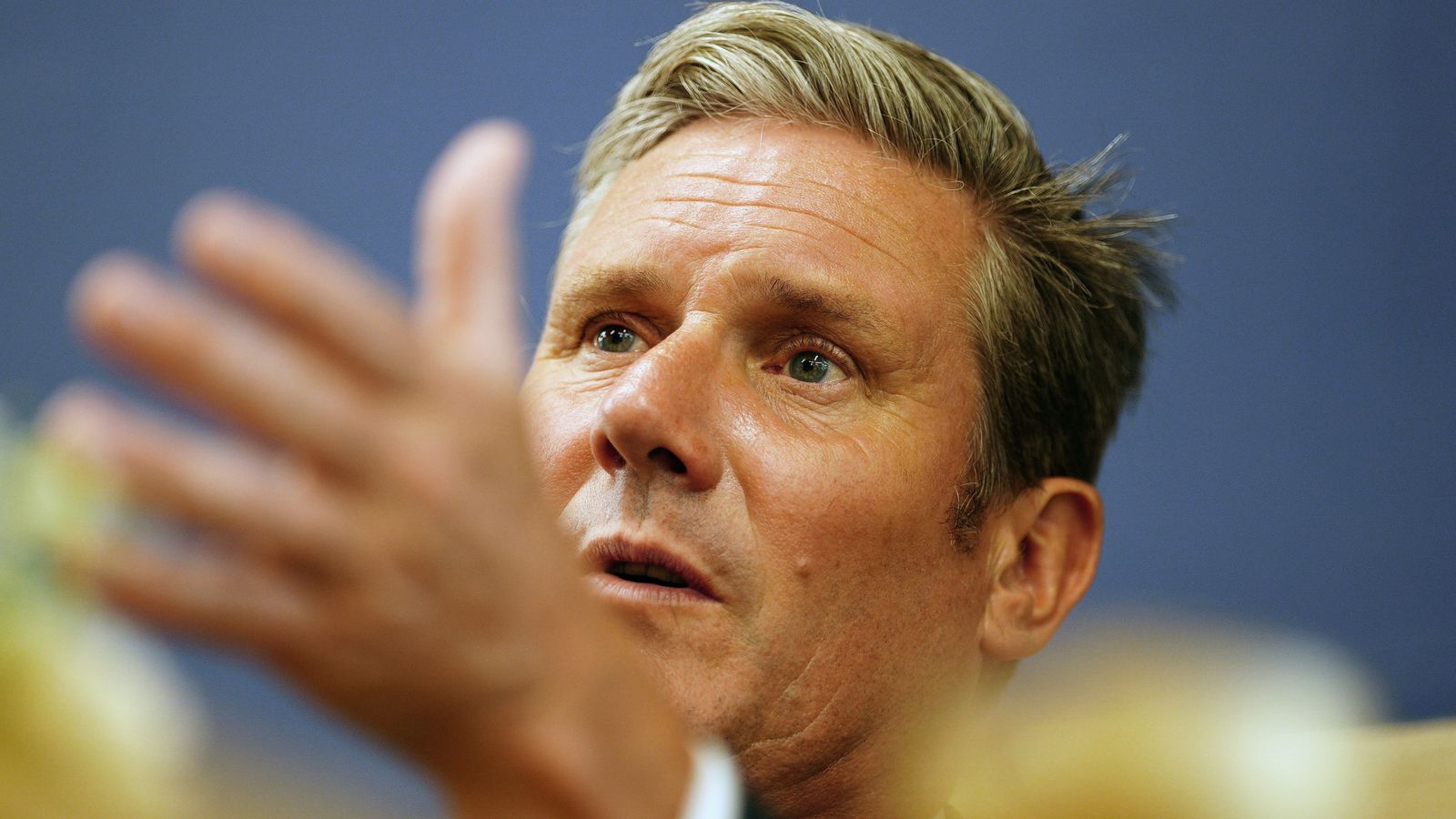 Labour MPs should not be on picket lines if they want to be in government to help those struggling with the cost of living crisis, Sir Keir Starmer has said.

The Labour leader told Sky News “you can’t sit around the cabinet table and then go to a picket line” in some of his most direct criticism of his own MPs defying party orders by appearing at strikes recently.

Asked if there are any circumstances where he would stand on a picket line, Sir Keir said: “No. I want to be prime minister of the country. I want to see a Labour government.

“The single most important thing, effective thing, that we can do for the working people who are really struggling, which I completely understand, is to have a Labour government and the role of government, the role of the prime minister is to resolve issues, whether issues in whatever sector they are, and you can’t sit around the cabinet table and then go to a picket line.”

He said he supports the right to strike and understands why workers have been pushed to take action recently.

On 27 July, Labour MP Sam Tarry was removed from the front bench after giving a TV interview to Sky News on the picket line during a rail strike. Since then, more MPs have joined picket lines.

Sir Keir said he has “nothing against Labour MPs and others expressing their support”.

He added: “But my point is the single most effective thing that I can do is to win an election and have a Labour government so that we can actually tackle some of these issues at source, because the 10 years of low wages, a result of the failure of this government economically, a profound failure because it’s not just this year that wages have been stagnant, it’s 10 years or more.”

Labour has said it would be paid for with an extra windfall tax on oil and gas companies’ profits, which would remove “a major tax loophole” in the government’s windfall tax announced earlier this year.

The plan has received some criticism over where the funding would come from and why it is helping everyone as opposed to just those on lower incomes.

But the Labour leader said the policy would be “across the board because many, many households are impacted” by the price cap rising to a predicted £4,200 in January.

He also said it would lower inflation, which could rise to 12% in October, the Bank of England predicted last month.

“It has the massive benefit, but it doesn’t allow the price increases to take place in October and January,” Sir Keir said.

“But it has another benefit, which is really important, is that it reduces inflation by 4% because it’s across the board.” 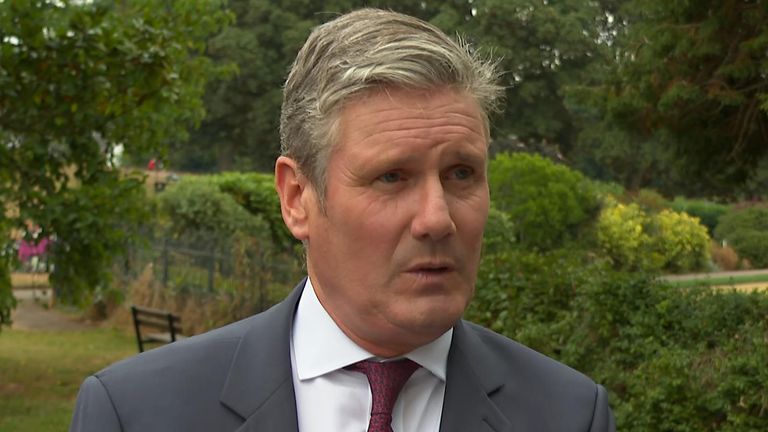 ‘We won’t allow energy prices to go up’


The proposal is just for six months at the moment but Sir Keir said that the situation then could be different so it would have to be looked at again.

“This is a six-month plan to get us through the winter, but let’s not pretend that it’s anything other than that,” he said.

“We will need another plan in April. We need a medium and long-term solution to that part.”

The proposal also includes insulating 19 million homes across the UK over the next decade to reduce energy demand and lower bills.

Read more:
What is a windfall tax and has the UK tried it before?
Credit Starmer for having a plan – but it’s a questionable short-term fix

“I would also say this: we face a choice in this country, we either allow the oil and gas companies to continue to make huge quantities.

“Well, we made the choice on this. We put a fully costed plan out. There was nothing from the government in response to the question, what are you going to do about these?”